Learning in the Shadow of Two Elizabeths ~ Valerie Ronald 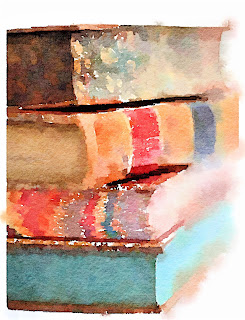 When I decided to base this month’s blog post on two authoresses who are significant “shadow mentors” to me as a writer, I was delighted to find a yet unread book by one of them. Elizabeth Goudge, a prolific British authoress born at the turn of the 20th century, has long been the classic novelist I return to again and again. Described by biographer, S. Gower, as “fragile in appearance, but strong in spirit, she seemed at one with the peace and simplicity of her setting. Few novelists have had comparable knowledge and faith in the goodness of human nature, the beauty of childhood, and the pursuit of things lovely and of good report. ” ¹

I have a lovingly curated collection of her books, most out of print now, but this one I did not yet own. I began reading “The Little White Horse” with the goal of observing what it is about her writing that inspires me. Instead, I found myself totally drawn into this captivating children’s tale replete with magical settings, vivid characters and deep wisdom beyond its intended audience. My daily routine was set aside as I lost myself in another rich world created by my favorite storyteller.

It did not surprise me that even though written for children, the book contained layers of piquant wisdom woven seamlessly throughout its pages; glimpses of providence fulfilled, good triumphant over evil, animals and nature showing the way. There is a goodness which inevitably leaves its mark on my heart after I read a book by Elizabeth Goudge. I come away believing that hope can still be found in the timeless corners of the world and in the hearts of those who live in her stories. Her books satisfy my yearning for the mysticism of old legends and folklore, yet they are founded on the truth of Christianity. Jesus walks every page of her books without being named, for He shines in the eyes of innocent children and beasts, He paints the natural world with strokes of love and beauty, and He speaks through the struggles and fortitude of characters who strive to do the right thing.

This theme running through Elizabeth Goudge’s writing is what I want to emulate; to soak my stories and words with the love of Jesus without preaching. My goal is to weave His essence throughout my stories, to evoke a deep inner response in a reader’s heart toward the good. Elizabeth Goudge’s books are peopled with believable characters demonstrating their simple faith by living outward-looking lives, desiring the greater good of others rather than focusing on themselves. She does this through enchanting tales so beautifully told, the reader hardly realizes they are being taught how to live well.

“Christmas was like a star fallen down upon the earth, a miraculous thing. If you were paying proper attention to it, you were so astonished that you couldn’t pay attention to anything else.” ~ from Gentian Hill, by Elizabeth Goudge

I discovered the writing of Elisabeth Elliot when I read her first book soon after I became a believer. Through Gates of Splendor is a first-hand account of the deaths of her husband, Jim Elliot, and four fellow missionaries, at the hands of a primitive Ecuadorian tribe in 1955. I would venture to say this classic missionary story is the most well-known of its genre in Christian literature. Elisabeth candidly chronicles not only the gripping events surrounding the tragedy, but the overarching narrative of the individual and corporate motivation of the five missionaries. The impact of this incident could not have resounded around the world as it did if not for her careful yet heart-rending account of its details and repercussions. She tells her own deeply personal story as well as those of the other missionary widows, with unwavering faith and reliance upon God, even in the face of such tragic loss. This book opened my eyes to the power of fine writing to move the heart and spur a life of faith on towards the call of God. I have seen the results of such influence in my own family.

My husband’s brother sold his successful vegetable farm to become a missionary to indigenous people in the north of Manitoba. He had this quote by Jim Elliot posted prominently in his workshop. “He is no fool to lose what he cannot keep to gain what he cannot lose.” One dark night flying home from visiting an isolated reserve, the plane he was piloting crashed, killing him and his fellow missionary. His life was influenced by, and in many ways, paralleled the life of Jim Elliot.

Elisabeth Elliot’s literary eloquence, fitting to the era in which she wrote, taught me much about using precise words and carefully chosen descriptions to convey truth. I continued to read many of her books as her literary career flourished, and I must admit, I did not always enjoy them. Not because they were not finely crafted prose, rather, their content was at times like a bucket of cold water jolting awake my often flagging spiritual walk. As I learned from her, I grew to appreciate Elisabeth’s straightforward, refreshing encouragements on how to live in a way honoring to God. The wisdom stemming from her own severe trials and how she faced them gave me much to ponder. My trials have been different yet I have learned and grown through this wise “shadow mentor”, how God can use tragedies and trials to draw others to Himself.

"Peace is as infectious as panic. If my soul is quietly at rest in God, then others will share my peace, because I share His." ~ Elisabeth Elliot

More of Valerie's writing can be read on her blog   https://scriptordeus.wordpress.com