Turn the Other Cheek by Lynn Dove 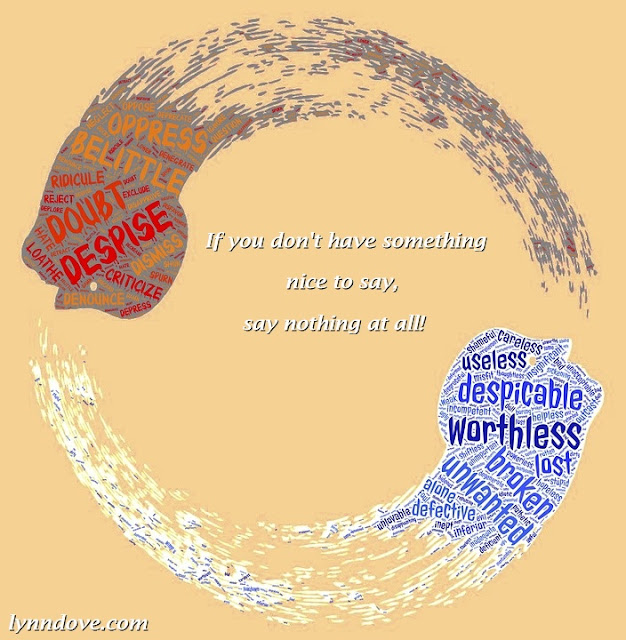 As a writer, called by God to write, there are certainly times when I have allowed the world to discourage me.  It is a lonely venture being a writer.  As a Christian writer I feel a great obligation and responsibility to represent God and not bring discredit to Him or to His Word.  Christian writers face the same struggles and pressures as any other writer, but we also face a spiritual attack from the enemy who does not want us to write our message of Hope to a fallen world.  Understanding your calling as a Christian writer, will help you deal with the criticism aimed at us from time to time from the world.


Every writer has to face the inevitable.  It may come in the form of a scathing review of a book you have published, or a nasty comment left on social media that maligns your character or your writing or both!  Let's face it, it is a trial by fire we must learn to endure when criticized.  I don't like it, I don't want it, but when I get it, it's up to me to deal with it in a God-honouring manner.


I don't lash out at the "trolls" on social media, who like to argue for argument's sake.  Not responding to hateful comments from faceless people on the internet is the easiest way to deal with that kind of criticism.  I wrote an article on my Journey Thoughts blog that deals with those type of people.
https://lynndove.com/2018/11/23/do-not-feed-the-trolls/


It's harder to ignore negative comments posted on book sites that criticize my books.  Critical reviews are one thing, but reviews that just hurt and demean are quite disturbing.  Thankfully, I haven't had to deal with many of those kinds of reviews, but still they hurt when I read them.  In one instance, a reader, (a self-proclaimed Satan worshipper), spent her time maligning the Christian content in my book.  To that, I just had to wonder why she was reading a Christian book in the first place.  Then I took heart that she had read the book cover to cover!  Who knows?  Maybe a seed was planted?


I have discovered that, as a writer, you can't please every reader every time.  The way to avoid having your heart hurt by negative criticism is to slough off the comments that are mean-spirited, but learn to embrace those comments given in "love" that you learn from to make you a better writer.


Writers have tender egos, I certainly have one, but I appreciate those who have read my work and critique it honestly and give practical advice on how to improve my writing.  I especially appreciate other writers who take the time to comment and to encourage me.  Based on their example, I have a basic rule when I write a book review, or comment on someone's blog: if I don't have something nice to say, I don't say anything at all.  I know how hard a writer works to perfect their writing, and I would rather encourage than criticize them.  Certainly, there are times when writers want a critical review, but again, I try to focus on their writing strengths and give helpful suggestions that will improve their writing.  Again, there is a right and a wrong way to criticize.  The goal should be to uplift, not tear down.

Lynn Dove is the award-winning author, of the YA “Wounded Trilogy”- a contemporary Christian fiction series with coming-of-age themes. A wife, mom, grandmother, and free-lance writer with articles published in several magazines and anthologies including Chicken Soup for the Soul books, her blog, “Journey Thoughts” is a Canadian Christian Writing Award winner. Readers may connect with her on Facebook, Twitter, and at lynndove.com