The (B)right Side of Critique by Sharon Espeseth

Years back, a writing instructor encouraged our class to give only positive feedback to our classmates. "Critique," she said, is too harsh a word for beginners." At the time, I was satisfied with comments like, "I like your opening quote," or "I'd like to hear more about Ernie," my dad.

Toughened up since then, I've learned much. When I open myself up for honest critique, listen to suggestions, and note what comments resonate with me, my writing improves.


The Difference Between Critique or Criticism

I searched for clear-cut definitions of critique and criticism and how one compared to the other. I assumed that criticism referred to what someone did when they ripped your writing to shreds or took the proverbial strip off your self-confidence. Conversely a critique would be in the form of suggestions or constructive comments.

I discovered that some  believe criticism is criticism whether it's positive or not. To the rest of us, criticism denotes a degree of disapproval. 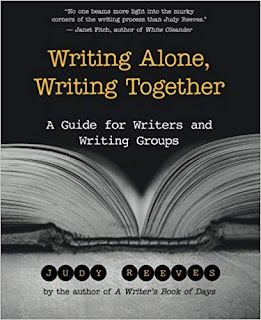 Online I found a writer, Judy Reeves, who also finds value in a good critique. Although I have not yet read her book, Writing Alone, Writing Together: A Guide for Writers and Writing Groups,* I came across her eight points for a good critique quoted online. Here are two points as example of her criteria.

In return for using these two points, may I mention that Judy Reeves has several books and a blog on writing and writing groups.

Recent Critiques that Have Served Me Well

1. My April Blog entitled, "My One Special Job in God's Plan": I post my blog for InScribe Writers Online on the 10th of each month. When the Women Word Weavers (WWW) meet before that day, I like to have at least a first draft ready for critiquing. I bring copies for my colleagues to follow along as I read. The April meeting was on the 8th and this particular draft needed work. After I read my story, one of the ladies suggested, "This story about the angel would work well in first person." Another said, "You need to introduce the main character earlier in the story." The light bulb over my head turned on. I couldn't wait to get home and let my angel tell his story right from the beginning.

2. My Series of Columns on Encouragement: After signing a contract to write four issues on a theme of my choice for Fellowscript, I became ill. My doctor advised me to take a break from commitments outside the home. Although I wanted to keep my commitment, I was afraid I wouldn't be able to organize and express my thoughts clearly. Maybe I should have bowed out, but Carol Schafer, essay editor of Fellowscript, was encouraging, patient and professional. While respecting and maintaining my voice and ideas, she polished my work.

3. My Entry in the Winter Contest: I recently received my critique from the judge for the Non-fiction Category of the InScribe Winter Contest. The judge looked at structure and told me what worked. This person was "kind, honest, and objective;" was positive even about what wasn't working; and was "concrete and specific." Not only would the judge have passed Judy Reeve's standard for a good critique, but he or she also gave suggestions about how my article could have been split into a series of articles. (I have a habit, like right now, of squeezing too many ideas into a short article.)

Critiquing As Jesus Might
As a teacher, I believe in teaching and learning, as much as possible, through positive interactions, which is good pedagogy. This was also the example Christ gave us for communicating with people.

Paul reinforced Jesus' ways. To the Colossians, he wrote, "Be gracious in your speech. The goal is to bring out the best in others in a conversation, not put them down, not cut them off." (Colossians 4:6 in The Message)

The goal for a writing critique could also follow this format.

*Writing Alone, Writing Together: A Guide for Writers and Writing Groups by Judy Reeves