A Kerfuffle and the Writing Life by Wendy L. Macdonald 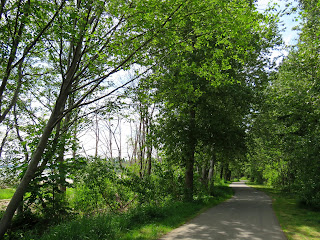 One morning in the early 70’s, my younger brother needed me to take over his paper route for the day. I don’t remember if he warned me ahead of time about a potential problem I may encounter while I delivered newspapers door to door; but I did—be still my pounding heart—experience a kerfuffle that ensured I never delivered anything in that neighborhood again.

Before I continue my story, let’s relate this to the writing life…

Encounters of the negative kind can cause a writer’s pen to halt too. I learned the painful way not to subject a manuscript to critiques until it was completed and self-edited a time or two first. Early criticism that doesn’t contain encouragement can kill an author’s motivation to continue a project.

Constructive critiques on a completed manuscript are gold.

For some writers, the first draft needs to be finished before inviting a second set of eyes to read it; this is the best writing advice I’ve ever received because: You can’t edit a blank page. Editing 65,000 words has huge potential for a wonderful product being produced. Secrecy while writing the first draft is my secret to successfully completing it.

Thankfully, I have completed several manuscripts since then. And I enjoyed keeping them private until my pen was put to rest. Then, I allowed the first draft to rest too. You can’t count on being an objective editor until you’ve had a chance to forget much of what you’ve written.

If you’re curious about what happened when I invited some critiques of an unfinished story, here’s the link on my own blog site: Who’s Afraid of the Big Bad Critique?

Now, let’s get back to the morning I delivered my brother’s newspapers:

I wasn’t a morning person in my younger years. Coffee has helped me embrace early hours now; however, back then, I was barely awake as I road my bicycle with a newspaper bag hung over half of me. The lethargy didn’t last long though…

A big, black, barking dog appeared on the road behind me. He chased me. He nipped at my feet. I pedaled faster than I ever have before. I was active in track and field, not cycling; however, I eventually escaped the dog and completed delivering the newspapers.

Whatever we’re called by God to deliver, we must not give up. We need to pedal our pens across the pages of a first draft before we subject it to potential barks or praise. Good critiques should cause us to experience revelations of how to make it better rather than suffer trepidations and a desire to quit.

Anne Lamott puts it this way in her book, Bird by Bird:

You don't want to spend your time around people who make you hold your breath.


I’m nosy-to-know what writing book has helped you the most?


Not only so, but we also glory in our sufferings,
because we know that suffering produces perseverance.
Romans 5:3 NIV