Critique Is A Privilege - Gloria Guest


Even the word critique can make one cringe. Either having our writing critiqued by others or being the one doing the critiquing is probably one of the most challenging parts of the writing life. I have been on both ends and I’m not sure which is easier.

As a newspaper reporter and columnist I had to adjust to critique coming not only from the editor but from others in the community. My editor was always constructive but the critique of others was not always so. Knowing that your words are out there in the community that you live in is not the easiest and if you haven’t already developed a tough skin you soon learn to. Those years working as a reporter and columnist have been invaluable in my growth in learning to accept critique.

I also at times filled in for the editor and had to edit the work of others. That too was a challenge as even having to tell someone that they had to cut their story back in order to make room in the paper did not always go over well. Suggestions of which parts to cut back were also not always popular. Sometimes I even had to just go ahead and do the cutting myself which I knew was painful for the writer. Such is the life in the newspaper world though. However learning to critique and cut back was also invaluable to me as a writer. I am now pretty merciless with my own work when it comes editing out useless words and in the last couple years of my writing my column, I often cut it back to only 300 words. Fewer words said right, pack a greater punch.

Another area where I learned what critique was about was when I took some writing classes through the University of Toronto. Here we received not only our instructors critique but our peers as well. Sometimes their insight into something that I hadn’t seen amazed me. Other times it annoyed me if I didn’t agree with it. Yet I learned to take it all into consideration. In most cases it improved my writing. In learning constructive ways to give critique I became aware that even though it can be uncomfortable it is important to give good, honest critique.

Good constructive critique has truly helped me to become a better writer. As writers I think that we should never stop learning about our craft and critique is a big part of that. But just as we keep in mind to go to the best doctors, dentists and other health providers we need to be aware of who is giving the critique and if need be, take it with a grain of salt.

Overall, I see critique as a privilege. If we are receiving it, it means that we have written something and someone has taken the time to read it. Take any parts of what they say that you can learn from and let the rest go. Your writing will only benefit.  If we are the one giving critique, someone has placed a piece of their heart into our hands. Always be truthful but kind. 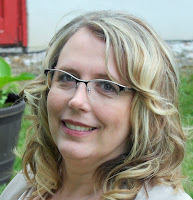 Gloria writes from the small hamlet of Caron, Sk.,