How I wish providence was taught as a primary doctrine in churches. Had this been done in my hearing before I joined a cult, I would have realized that house church for what it was.

This congregation believed that the name of Jesus was like a limitless credit card. If we just had enough faith, we could get whatever we wanted from God. And when my many tearful petitions during fifteen-and-a-half years for good sight went unanswered, I grew bitter.

This rage at a supposedly stingy deity drove me away from him for nine years. But he never gave up on me. For that, I'm eternally grateful.

I happened to be scanning the shortwave dial one winter evening when I discovered, of all things, a Christian death metal show called Tempered Steel. The enthusiasm of announcer Dale Early drew me into the music and I became a regular listener.

Since Dale seemed like a level-headed guy, I wrote and asked him about why I hadn't been healed of my poor sight in spite of my striving to build up my faith.

His hand-written answer pinpointed the problem. Nobody explained God's providence as plainly as he did.

Even knowing this, I still felt cheated by God since he could easily have healed me. But after some circumstances, which I need not explain here, I realized that I'd been swindled by phony Christians. 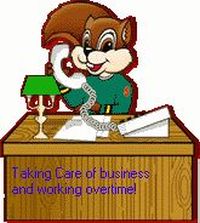 I wrote my third memoir in 2012 so that other victims of false teachers would see how the heavenly Father used providence to guide me out of error and into his restorative truth. Never have I ever been so content to rely upon his will for my life.