How Can You Tell Someone’s Canadian?
(Answer Below)

a) They like to finish their sentences with, “Eh?”
b) You accidentally bump them and they say, “Sorry!”
c) You say you went to Timmy’s and they don’t ask, “Timmy who?”
d) All of the above. 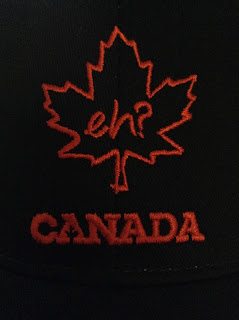 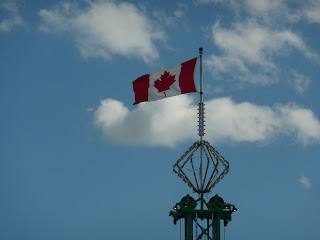 Until I was twelve, our nation proudly hoisted the Canadian Red Ensign on its flag poles. Like the majority of Canadians at the time, I saw no reason to change it. In fact, I’d already become quite attached to this national symbol. But after much controversy, our leaders of the day chose to replace it with the Maple Leaf. This simple, stark flag didn’t appeal to me at first. But over the years it’s grown on me, and I now proudly display it on Canada’s birthday and on my luggage whenever I’m travelling.

Celebrating Canada 150 in Our Glorious Land

Our family plans to celebrate Canada’s 150th birthday by taking advantage of Parks Canada’s free National Park pass to visit the Canadian Rockies. I never tire of their majestic splendor. 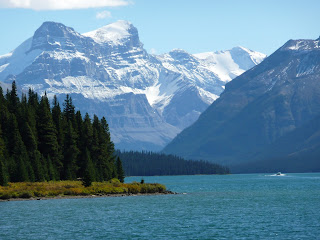 One goal on my bucket list is to travel across our glorious land. My son and I have taken three WestWorld Tours together. Our first was to Churchill in 2014. On a Hudson Bay whale watching tour, we enjoyed a frolicking pod of belugas. We also spotted some polar bears on the shore, although it’s unusual to see them in the spring. During a tundra buggy tour, we adored a seal sunning itself on a rock out in the Bay.

In 2015, we took our second tour to Victoria. It was my third visit to this glorious destination. My son hadn’t travelled there since he was three, so it was all new to him. We loved visiting the Butchart Gardens, Butterfly Gardens, Craigdarroch Castle, and several other tourist attractions.

In 2016, we travelled with WestWorld to Haida Gwaii. With its unique flora and fauna, this archipelago is a fascinating destination to visit. A couple of highlights were the Golden Spruce Trail and Balance Rock. 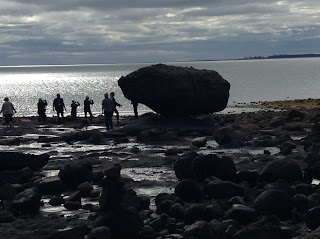 Counting up the Canadian communities I’ve visited was fun and enlightening. I’ve been to many places in Saskatchewan, Alberta, British Columbia, Manitoba, and Ontario. I especially enjoyed travelling through the Canadian Shield and the Canadian Tundra by train—two fascinating vistas.

Canada ranks high in the international community for its democracy, multiculturalism, civil liberties, economic freedom, freedom of speech and religious freedom. US News & World Report’s annual “Best Countries” survey ranked Canada the second best country in the world for the second consecutive year and first in its “Quality of Life” category.

Answer: (d) All of the Above