Praying for the Donkey - Marnie Pohlmann

I was 16 when I left home in BC to live with a couple of my older brothers in Ontario. I had a part-time job and went to high school. The rule of the apartment was unwritten, but I understood if I was not at school or at work I would be at church. This was the safest way I could "run away from home" and it probably saved my life.

In that school year, I took a history class called "People and Politics" where I learned such things as the meaning of "expropriation."  That was also the year of a federal election, so the class followed the news and discussed the different platforms and promises of the candidates. The Conservatives' Joe "Who?" Clark won a short-lived minority government over Trudeau Senior, leader of the Liberal Party. I learned some of my fellow students had different priorities and ideas than I did on how to run our country. I also learned the voices of the people were needed in our country, so I have since voted in every municipal, provincial, and federal election. 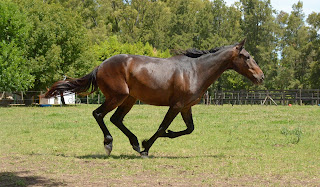 Speeches were required in this class and one of my assigned topics was to discuss our Canadian identity compared to the United States. I described the U.S. as a sleek racehorse: powerful, self-assured, perhaps a little high-handed and brash, but an obvious thoroughbred. From one side of the country to the other, at that time in history, the people of all 50 states seemed to be certain of who they were. They were united in what was important to all Americans. Immigrants gave up their home country citizenship, desiring to pledge allegiance to America. The United States appeared to be the land of opportunity. I hung a picture of a pedigree steed on the blackboard.

Then I described Canada. We had all the same landscapes as the States - ocean coastlines, prairie wheat fields, and mountain ranges. We had the same variety of international immigrants joining us, though Canada allowed immigrants to keep citizenship with their country of origin as well as join us. I reflected on how we had all the same parts as the racehorse, but we were not quite as well put together. We were still struggling to define ourselves, even in establishing language laws. I explained Canada was unique and special, even if we looked a little odd. Then I hung up the game of pin the tail on the donkey. 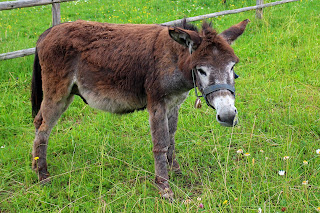 I trust you are not offended by my teenage description of our country. During that formative time, I gained an understanding of what a remarkable country in which we live. I fell in love with our variety of landscapes, though I have not seen nearly enough of them. I became proud of our extraordinary land, our form of government, and our people.

Today when I consider Canada, I think of two iconic symbols recognized around the world as representing our special country. No, one is not a donkey.

First, I love to see our red and white maple leaf flag waving in the sky. I get upset when I see tattered flags left on flag poles rather than respectfully being changed. Did you know there are rules for flying the Canadian flag, as well as ways to properly dispose of a tattered flag? Please do not use a flag as a tablecloth, or throw the symbol of our land in a landfill.

The second symbol that has garnered respect for Canada throughout the world is our Royal Canadian Mounted Police. While the RCMP Members do not wear the iconic red serge for daily enforcement duties, my heart swells with pride when I see these men and women in their ceremonial uniforms. The history of the RCMP is an integral part of our country's history, as they helped bring stability and safety across an expansive untamed land. Around the world, they are recognized as Canadian by their distinct red serge.

As in politics, there are many different views about our Mounties. In recent months, especially, there has been a lot of bad press about this paramilitary organization, but I believe our national police force is doing a difficult job and doing it to the best of the Members' abilities. I have been privileged to work as administrative support to the RCMP for over 20 years in various parts of the country and in various positions. I have witnessed how much this career costs the individuals who take on the responsibility of "Maintiens le droit" or Defending the Law of Canada.

Whether or not we agree with the direction of our government, our laws, or our society, Scripture directs us to obey those God has placed in leadership. We are to pray for them. And let's be sure to include in our prayers those who provide policing, as well as other first responders who keep us safe. Pray also for the Canadian people and for those who come from afar to join us. 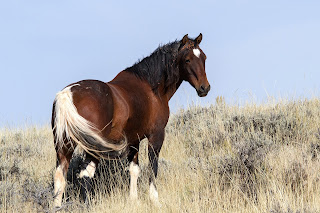 While we may consider our Canadian identity to be an awkward donkey because of the conflicts and politics we hear braying across our country, others throughout the world see our flag waving in welcome and comfort. They see our Mounties standing tall and proud, providing peace and safety.

To others, Canada looks like a beautiful wild stallion.

Marnie lives and writes in northern BC, where hills, fields, ranches, and big sky meet at the Mighty Peace River. A beautiful piece of Canada. Her blog is Phosphorescent.