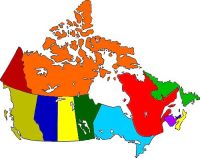 Believe it or not, the minister at the house church I once attended claimed that Canada was mentioned in the bible. He used the following verses to back his preposterous contention:

Zechariah 9:10 (KJV)  And I will cut off the chariot from Ephraim, and the horse from Jerusalem, and the battle bow shall be cut off: and he shall speak peace unto the heathen: and his dominion shall be from sea even to sea, and from the river even to the ends of the earth.

Psalm 72:8   (KJV)He shall have dominion also from sea to sea, and from the river unto the ends of the earth.

Brother Herald, as I called him, believed that Canada fit the "sea to sea" description. He taught us that the Saint Lawrence River was the one mentioned in both scriptures and the "ends of the earth" meant the north coast. Not knowing any better, I believed him. 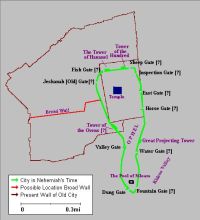 Now that I know how to read the Bible for all it's worth, and all its worth, I realize how ridiculous Brother Herald's claim was. The key to understanding any passage in Scripture is context. For example, Zechariah 9:9 says, "Rejoice greatly, O daughter of Zion; shout, O daughter of Jerusalem: behold, thy King cometh unto thee: he is just, and having salvation; lowly, and riding upon an ass, and upon a colt the foal of an ass." It obviously refers to Christ coming into Jerusalem on Palm Sunday. The verse Brother Herald thought proved Canada was the Lord's dominion actually spoke of the Messiah's reign.

Likewise, Psalm 72 is about the Messiah and has no relationship to Canada. When it's read with the understanding that King David wrote it to his people and not to gentiles thousands of years in the future, the verses make perfect sense. 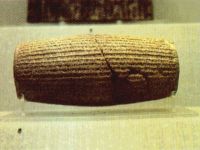 Had I known this key to biblical exegesis, I'd never have fallen for the absurd teachings of that lay minister. Since I now know the technique of reading the scriptures in context, I want everybody else to learn what I learned. I Wrote How I Was Razed: A Journey from Cultism to Christianity for the purpose of showing how deceived I once was and how God freed me from  Brother Herald's cultic ideas with God's help.

Email ThisBlogThis!Share to TwitterShare to FacebookShare to Pinterest
Labels: Bruce Atchison, How I Was Razed, Psalm 72, Zechariah 9:10, Zechariah 9:9