Marching to a Different Drum Machine 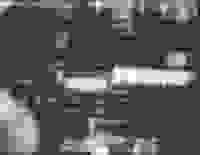 I'm so thrilled with this month's topic. Many of us aren't mere writers but have talent in art, music, and other creative disciplines.

For me, it's electronic music. I've composed more than fifteen albums of synthesizer-based tunes. Some of them were rather experimental but many had strong melodies.

It was the German group Kraftwerk who inspired me to create my own electro-acoustic music. The first three albums from the band showed me that I, with limited resources, could compose and record my own music. They didn't have much in the way of equipment when they began either so they had to build or adapt whatever they could find.

As you would expect, my first attempts at electronic music were primitive, lacking in professional polish. But I improved as I acquired a few good synthesizers, pedals, and cheap keyboards.

Though I haven't had commercial success, my tunes have been played on radio stations in Moscow, Warsaw, Paris, Helsinki, and on various U.S. and Canadian college stations. One tune was even broadcast on CBC's Brave New Waves radio show. I received a nice royalty cheque from that airplay alone.

Kevin Prinsen, a fan who became a friend of mine, used my tunes in his Naked "I" art movie. It didn't get shown in theatres but I felt flattered that he liked my compositions so much.

I now have music videos of my compositions online. Please visit my Youtube channel to see and hear them.