The women laughed and frowned as they handed the large Christmas stocking from one to another. It was our annual “Warm Up to Winter” Event and it was obvious the game I had picked was a hit.

It entailed putting different items in a Christmas stocking - things that are essential to making Christmas perfect. The stocking is then passed around and everyone tries to guess what’s in it. The catch is they can’t look. They are only allowed to feel the outside of the stocking and try to figure out what the items are.

As I thought about the game and the items I would put in the stocking, I began to think of all the things pertaining to Christmas that we think are essential. The tree, for instance, gleaming with baubles and tinsel; the lights trimming our homes and businesses; the presents brightly wrapped and kept secret until the 25th; and of course the food – what would Christmas be without the turkey and all its trimmings?

I thought of how all of these things can be a distraction from the real message of Christmas and I wondered how I could connect them in my mind with the truth.

I thought about the tree. There wouldn’t have been any scotch pines or blue spruce in Bethlehem, but I remembered a day many years ago when I was cross country skiing through an evergreen forest. I’d skied hard for a while, so stopped to rest for a moment. Suddenly I was enthralled by the deep silence and the beauty all around me. A fresh snow had layered the tall trees and a few large flakes were still falling gently from the sky. I was surrounded by Christmas trees, not trimmed in decorations and tinsel, but in the beauty of God’s own creation. Every time I see a Christmas tree I can thank him for that tremendous gift – the gift of this world with all its variety and beauty, the gift of those moments when we are still enough to see.

And I thought about the lights – some coloured and twinkling, some large and garish, others tiny and white. And I remembered that Jesus called himself the Light of the world in John 8:12. Psalm 119:130 says “The entrance of your words gives light” and Isaiah 60:1 tells us to “Arise, shine, four your light has come.” Isaiah says the Lord will be our “everlasting light.” John calls Jesus the true light that gives light and Ephesians 5:8 tells us we ourselves are “now light in the Lord.” One of my favourite missionary stories from Papua New Guinea is about a group of men who came and asked about this Jesus, because, they said, they could see the change in their neighbours who had become believers. “They have light in their eyes,” they said, “Tell us how to have that light.”

And what about the presents? Well, that’s an easy one isn’t it? Jesus himself was God’s gift to us, the gift that ‘keeps on giving’ because once we have sought his forgiveness and accepted the sacrifice he made for us, He lives in us. That is a gift that can never been taken away, a gift that out does all others. A gift that should not be kept secret. And we can see the evidence of that gift. When I became a believer in Christ, the change in me was so obvious people began to comment on it. There were two women who attended the mission church where we went. They usually went south for the winter and when they came into the post office, where I worked, that next spring, they had an argument. You see Sally thought I was the person who had been there in the fall. Betty was convinced it could not be. Then they came to church that Sunday and there I was. They looked at one another and laughed. Now they knew it was me – a new me. The scripture that says, “if anyone is in Christ, he is a new creation, the old has gone, the new has come!” was a visible truth in me. I was no longer that miserable grouchy postal employee, I was now a child of God who knew she was loved and accepted by a merciful God.

And the food? How can we connect turkey and dressing and mashed potatoes to the truth of Christmas? Food too is God’s gift to us, isn’t it? I received an interesting email a while ago that listed various foods and what they do for our bodies. The interesting part was that the very shape of the fruits and vegetables can tell us what they do. The carrot, for instance, when sliced looks like the iris of an eye, and its vitamins help keep our eyes healthy. A walnut resembles the human brain and has long been known to help stimulate memory and aid in brain function. The list went on and on and I was amazed at how God has not only given us all that we need, but given us clues on how to use it to the greatest benefit.

And the Lord himself is our food, our nourishment, our sustenance. He said himself, “I am the bread of life.”

As I began to connect all the trappings of Christmas to the truth of Christmas, I realized that it’s just a matter of seeing what is really right in front of us, and connecting it to the mercy and love of Christ. 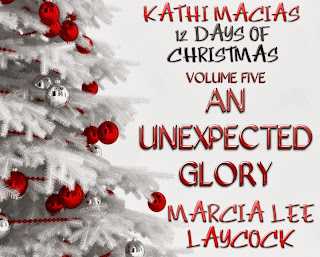