You Can Change the World by Connie Inglis

Remembrance Day. A day to remember the armed forces that died in WWI fighting for our freedom—and also a day to remember all those who serve and have served our country in war, conflict and peace.

When I ponder this day, I am always drawn to the words of a famous politician and war strategist: “never give in, never give in, never, never, never-in nothing, great or small, large or petty - never give in.” Of course, I’m referring to Winston Churchill, a man whose words gave his country and the allied forces, hope in a dark time—a man who spurred them on to “fight on the beaches...on the landing grounds...in the fields and in the streets...in the hills...and never surrender.” His words were an inspiration then and they are still an inspiration today. 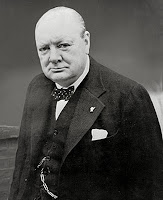 What does this have to do with writing, you may ask? Well, if you are like me, a person that loves words and finds inspiration in words, Churchill’s way with words is worth noting and studying. For me, they transcend war and just encourage me to press on in my higher calling to follow Jesus and also to press on in my writing.

When I was teaching High School English, I placed a banner above the white board that read, “You can change the world with words.” I believed it and I wanted my students to believe it. So we discussed inspirational writers like Winston Churchill who changed the world with words and I challenged them to learn from such writers. After all, writers read good writers, right?

Reading a biography about Churchill was even more inspiring. Not because he was perfect but because he was very human. He had character flaws and a personality that could be downright abrasive. Yet, he was a leader. With dogged determination he led and his words caused people to believe. None of us, or few of us, will likely influence people and the world like Churchill did. However, if you and I as writers truly believe that God wants us to write, then we too can influence and encourage with our words, despite our own personal weaknesses or flaws. God can still use us. We can offer love and hope and draw people to believe with our writing, in all genres. We can change our worlds with words. 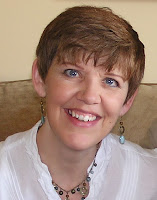 Connie Inglis grew up in small-town Saskatchewan. After graduating from Bible College, she began studying linguistics to go overseas with Wycliffe Bible Translators. She met her husband along the way and they have been members of WBT Canada since 1988. She has 3 children and, as a family, they have had many overseas adventures, mostly in Southeast Asia. She is a grandma of one and that is now her new favourite role. She has a passion for language, is always curious, and loves to learn, read, write, play guitar, sing and, more recently, paint.