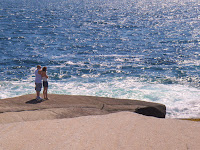 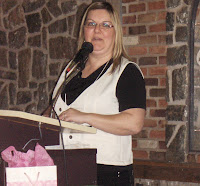 I had a brief chat with my friend recently who is a Chaplain. He told me about a lady who called him seeking counselling who is in an awkward relationship with her new boyfriend. She said, “I don’t know how to deal with my new boyfriend because he is so good to me. All I was used to was guys who treated me so poorly.”

How interesting, I thought. This statement seems to make sense. How did this lady through all of her love interests only know harsh words and behaviours to discover kindness, love and respect? This lady brings about a very thought provoking scenario. Most women have very stable relationships with their spouses but to someone who actually has had mostly unstable and demeaning relationships must take a little longer to adjust to genuine compassion.

Such genuine compassion is exemplified many times throughout Jesus’ teachings. The Pharisees brought a woman to Jesus where a crowd was gathered at the Mount of Olives. They informed Him that the woman was caught in adultery suggesting she be stoned to death. The frightened woman didn’t know of any “good” male relationships. Nor did she know of the “good” Jesus. To be presented before a large crowd of unknown people following an adulterous encounter must have been shameful.

Or, was it? If that was her lifestyle and if that was all she had known about relationships then what good did she really know and understand? What expression of emotion did she portray? Do you wonder what the people were thinking as Jesus was teaching about His love? When the good teacher was offering the Gospel message the crowd turned their eyes and watched as the Pharisees scurried this woman along. As they became sidetracked by this mob of activity could they have been caused to secretly encircle a few stones beside them in anticipation of her impending death?

While it may have been a custom to stone such woman, Jesus chose to counter the accusation. He challenged the men saying, “if any one of you is without sin, let him be the first to throw a stone at her. At this, those who heard began to go away one at a time, the older ones first, until only Jesus was left, with the woman still standing there.” (John 8:7,9 NIV)

The woman turned and to find that all had left except Jesus. Jesus did not condemn the woman for her life of sin. He showed her that His love and compassion was genuine and He loved her despite her known lifestyle. She realized that someone truly loved her and treated her with dignity and respect. As Jesus advised her to go and sin no more, she walked away free and without condemnation. Do you suppose she went back to the life of sin she was accustomed to? She found the good Jesus. She walked away to learn how to deal with the goodness in her life, Jesus. It was a new beginning!