Llet There Be Stories - Bruce Atchison 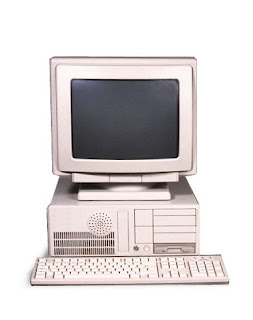 Blasphemous though this may sound to some, storytelling gives us godlike powers. I discovered this when I told my school mates and my sister, Diane, side-splitting tales that I made up. As they gathered around me each day during recess, they eagerly listened and laughed. For a few brief moments, I was the hero who lead them out of their mundane surroundings and into wondrous imaginary worlds.

Writing down my stories was a different matter. Being born legally blind, I had to hold the paper an inch away from my face as I scribbled my essays and assignments. Touch typing was equally irksome as I couldn't see what I had just written unless I used a powerful magnifying glass. My back and head often hurt after an hour.

Expressing myself in print became much easier when in 1993, the Canadian National Institute for the Blind helped me pay for a speech synthesizer for my computer. Installing and using WordPerfect 5.1 for DOS made spelling and editing a breeze. Two years later, the Internet opened up a world of research and freelancing opportunities. After taking a magazine writing course, I pitched numerous ideas for articles to publications and sold some.

I also discovered the therapeutic benefits of the craft when I self-published a memoir called Deliverance from Jericho (Six Years in a Blind School) in 2007. Today, memories from that part of my childhood no longer sting as they once did.

After I finish editing my memoir called How I Was Razed: A Journey from Cultism to Christianity, I hope to return to my first love. Creating my own worlds and characters is something that has and always will give me my deepest satisfaction. My hope is that readers of my stories will sense that in the words I use.