This weekend I watched the classic movie Ben Hur, starring Charlton Heston and filmed in 1959. The only scene I really remembered about the movie was the famous clip, so often shown, of the chariot race between Ben Hur and his enemy, the Roman tribune. But though today's movie goers might prefer the body parts flying in all directions during the racing scene, and though the majority of us might find the acting of that era somewhat stilted, the epic tale still speaks volumes even more than fifty years after the movie was made.

We, the audience, never see the face of the actor playing the role of Christ. But we can tell by the look on Ben Hur's face that each encounter between the two men is incredibly significant. In fact, I don't think Ben Hur and the Lord ever actually exchange any words, just looks. But it is through the look that the real story is told.

As I was searching through an old hymnbook later that same day I came across a hymn that so perfectly wrapped up, for me at least, what the movie was intended to be about.

John Newton wrote these words, and I share them with you during this Easter season with the prayer that they will instill in you praise to God for that incredible gift that Christ provided for us on that cross and guaranteed through that empty tomb.

I saw One hanging on a tree,
In agony and blood;
He fixed His languid eyes on me,
As near His cross I stood.

Refrain:
O can it be, upon a tree,
The Saviour died for me?
My soul is thrilled, my heart is filled,
To think He died for me.

Sure never to my latest breath,
Can I forget that look;
It seemed to charge me with His death,
Tho' not a word He spoke.

My conscience felt and owned the guilt,
And plunged me in despair;
I saw my sins His blood had spilt
And helped to nail Him there.

A second look He gave, which said,
"I freely all forgive;
This blood is for thy ransom paid,
I die that thou may'st live."

This, while His death my sin displays
In all its blackest hue,
Such is the mystery of grace,
It seals my pardon too. 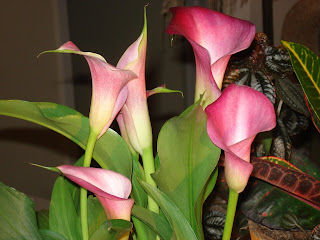 And it is in knowing, through a personal encounter with Christ, the forgiveness purchased on the cross, and through experiencing the new life gained through the empty tomb that our hearts are filled, today, tomorrow, and always, with heartfelt hallelujahs.