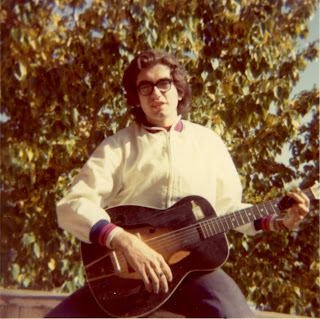 churches really must make more of an effort to accommodate disabled congregants. Though many houses of worship now have wheelchair ramps and some buildings were designed as single-floor structures, blind and deaf Christians are often left out of the activities.

In my case, I can't read the overhead screen or hymn books easily. This puts me in an awkward position when everybody else is singing. The previous church that I attended graciously provided me large print copies of the songs. For the first time in my life, I was able to sing with the rest of the congregation. I gained a deeper appreciation of the lyrics too.

Thirty-five years ago, I attended a cultic house church. In my upcoming How I Was Razed memoir, I tell of how that congregation's elders bought something which benefitted me greatly.

"The church just bought something wonderful," Sister E enthused one Wednesday evening before the meeting began. "You'll enjoy this - it's The Bible In Drama." She pulled a large white wooden box out from the book shelf next to the communion table and placed it on the card table. She unfastened the metal clasp on the side, revealing two compartments with two rows of red and maroon cassette boxes in each. "We bought this especially for any blind members of the church and for the children to hear. Look at this. There's the New Testament read by a Shakespearian actor and down there are stories of great Christians."

I stared myopically at where she pointed and said, "That's cool! Can I borrow some? I'm borrowing a cassette recorder from the CNIB."

"Sure. I'll ask Mother first though. They are brand new cassettes, you realize. We don't want them ruined before others can have a listen to them."

"You'll want to hear the New Testament first," Sister R explained when I asked to borrow a few tapes after the meeting.

"Because you'll get wrong ideas if you listen to the Old Testament first."

"What do you mean? Can't I hear the tapes from the start?"

Since she insisted, I grudgingly took the handful of tapes she proffered.

I fell in love with the series as soon as I arrived home and listened to the first cassette. "Wow! It's like I'm there with Jesus and the disciples," I repeated as I sat on my bed. In a matter of a few weeks, I borrowed every Bible In Drama, King James New Testament, and Lives Of Great Christians tape. The Bible stories were thrilling but the biographies of believers, mostly American, who did great things in Jesus' name seemed jingoistic to me.

How I Was Razed is my third, and most likely final, memoir. I previously published When a Man Loves a Rabbit (Learning and Living With Bunnies) and Deliverance From Jericho (Six Years in a Blind School). They are both available from the InScribe web site, along with information regarding my writing.