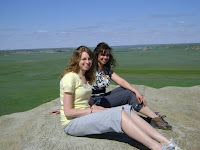 Can you imagine living in the 4th or 5th century B.C.? Persian Kings would make a law and when that law was discovered to be intolerable, they refused to change it. Even if it caused them regret and sadness, they stood by their written, sealed word.

King Xerxes allowed Haman to write an order for the annihilation of all Jews in his vast kingdom. When the king discovered that his beloved queen was of Jewish lineage, he was angry with himself. But would he change the law? Never. But, he allowed Mordecai to take his own royal signet ring and issue another order.

However, the Jews were still faced with a death sentence on the 13th day of the month of Adar, but now, according to Mordecai’s decree, they had the right to gather and defend themselves. The Jews were saved by God’s miraculous intervention.

Though the kings of this period appeared ruthless and unfeeling, they serve to demonstrate both the wrath and mercy of God.

Consider God, our Heavenly eternal King. He too has issued a death sentence. Romans 6:23 says, “For the wages of sin is death...” We have all sinned and the verdict is eternal death, a constant dying apart from the beauty and friendship of God our creator.

Yet God, though unrelenting in justice, is also merciful. Like the miracle of strength and protection he gave the Jews, He interceded supernaturally to save us from certain death. He gave Jesus, his own Son to serve our death sentence, and the sinner is given a full pardon. The verse finishes with: “...but the gift of God is eternal life through Jesus Christ our Lord.”

God stands by His Word. His laws must be fulfilled. And it’s a good thing, or we would lose trust in an authority that constantly changed His mind.

But God the Judge is also our Savior. Like the Persian kings, He issued the stiffest sentence a King could allow for sin. Our Judge, however, takes it a step further. In humility, God stepped down from the bench, wrapped his royal cloak around the sinner and took the full condemnation of the law on His own shoulders. We are set free from the chains of guilt and death.

Thanks be to God for His amazing love!