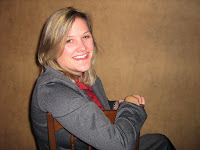 On The Word Guild general discussion forum, Darlene Oakley posed a question, “Anybody have it happen where a great idea for a book hits and you just don't have time to write about it?”

I nearly yelled at the screen, Yes! Yes, I have no problem with generating ideas for new books. It’s the follow up that causes greatest distress.

Darlene continued, “So it festers and festers behind the jobs that pay driving you insane...luckily while it festers I'm gathering some great ideas. I think the most frustrating part so far is not that I haven't had time to write it or that it's festering and driving me bananas...but it's that for the foreseeable future I don't see opportunities to even contemplate sitting down and writing it. I write longhand first and that requires a wad of paper and a quiet atmosphere - nighttime. But my nighttime is filled with business. I know people will say that if it's important I will make time. But, I know I can't write for myself until I have provided for my family first. As it is looking right now, family first is all I have time for. *sigh* (Even my husband says it's a great idea...oh, well. Perhaps by the time I get to sit down and write it, I'll have a few more things figured out.)”

Stephanie Tombari agreed, “I know exactly how you feel. Multitasking is not my gift area, so with my day job, family, and freelance work I have little time for small personal projects, let alone a big one like a book. By not putting the ideas to paper, I get really squirrely, very frustrated, and wonder if I'll ever get to it. I've read that's the curse of a perfectionist. Writers are often perfectionists, and so we want more time that we often have to get good ideas down; little snippets of time (for novice book writers at least) don't feel like enough to really start making the big project come alive.”

So what can we do? Benjamin Collier offered this advice: “I boast at times that I have more good ideas than I know what to do with. And I'm looking seriously at the possibility that some of my ideas are not for me to write but are perhaps for a friend whose style of writing can communicate the idea better than I could. I know that before I can do them justice many of my ideas require research into certain areas I haven't yet studied. Some ideas that came to me months or years ago have evolved over time and sprouted new ideas and character concepts that would not have been in the story had I written it right away. So it's possible there is more to this book that you've yet to discover.”

Jenny Burr offered this suggestion: “Would recording your thoughts help? You could use various methods to ‘speak out or tell your ideas’ while leaving your hands free to work on your immediate freelance assignments. Then the ideas won't be lost and you can type them up later. I read a novel in which the author dictated the entire story into a tape cassette player. She was elderly and felt the need to tell the story. Later, it was transcribed by someone else.”

How do you deal with the problem of “so many ideas so little time” to write them?