Please excuse me as I disagree.

The cracks of time most beneficial to my writing are those moments when scenes are seared into my memory – a snapshot of everyday life unobserved by everyone but me. 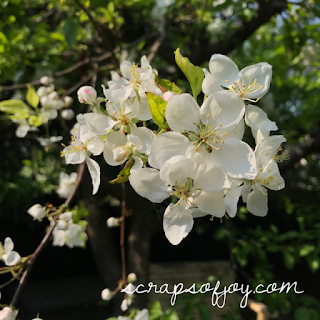 The slant of the morning sun as it caresses the apple blossoms, how the barista’s head tips just so, the three-year-old in the bank who starts crying when his dad folds a crisp ten-dollar bill. “You bent it!”

These enchanting pictures get captured in a notebook or scribbled on serviettes and scraps of paper. And if nothing like that is handy, they are safely settled in my memory in a file marked “For Use Later”.

Writing not only happens at the keyboard.

Even Agatha Christie was known to mumble through possible dialogues for her stories as she walked the lanes of her village, ignoring the reality around her while she worked out her characters in her mind’s eye.

My own sit-down-at-the-keyboard writing requires great gorges and gulches of made-time, not found-time. This is where the snatched snippets I've collected in all those cracks trickle - or pour - onto the page, to enhance and illuminate bigger projects.

Sometimes, making chasms and crevasses of time is difficult. But the cracks are full of possibility and fun. It's just a matter of snatching the snippets.

One of Joy's favourite parts of writing might be those cracks of time. The ones where she observes captivating moments around her that eventually make it into her writing.

During this season, most of her writing projects have been put on hold as she contributes to Creating Community in Isolation with her Tea Time blog posts at Scraps of Joy.