I have a friend who is part pied piper, magician and musician. We are different in many ways but the same in the ethereal elements of the arts. His wife is a phenomenal artist as well, but at times I believe she struggles less with the cracks of crackpots than we do.

He is a master foodie, using art to make food dance in your imagination and mouth. A couple years ago they flew me out to their home in BC and it was a turning point in my life. From the time the wheels of the plane touched down in Kelowna to the moment I drove away in a car I was returning to its native Saskatchewan for them, we talked, ate, argued and thrived.


It was a complete experience of friendship, food, elements, nature and moments I still unwrap in memory to cherish. Their chalet nestled in the ski town of Rossland was breathtaking in the morning mists adding an otherworld cloak to my days there. The shrouds of fresh air, the scenery, the camaraderie amidst their children’s call, calamities, hugs and hilarities all layered themselves in sensory heaven. 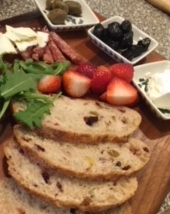 Memories of late evenings by their ever-burning fire or early mornings as the baby babbled and played surrounded by the protective fence to keep the young dogs at bay. One morning I was greeted by mounds of waffles artfully layered with fruit, cream, slivered almonds, a drizzle of syrup and made with a passion for life were paired with strong coffee. Forever this one shared breakfast raised the bar for my idea of morning sustenance.

Thanksgiving evening, they had to slip out for a private family gathering but left me with the visual and taste-able art of a chacuterie board; paired carefully with a drink was thoughtful and inclusive though we were separated for the evening. The warmth of their family oozing through the ordinary and the tantalizing feeling of being included wholly without reservation was humbling.


My friend can make a song out of anything and it becomes so lyrical and haunting. His bathroom transforms late at night into a recording studio, so as not to wake his small tribe and sweetly sleeping wife. The light scent of clean children still lingering while the mists of the steam still are drying on the mirror and shower doors. An errant candle still dances to the melodies. Run little darlin…hurry fast..time to come home… his fingers deftly make the strings sing the songs themselves words measured out with the tunes for perfection. 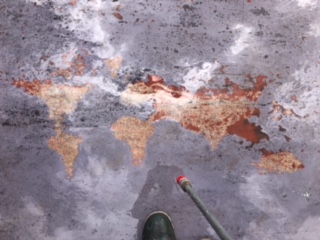 His creative mind captures things and makes them into reality. At times he will capture the moment in a photo and send it to me as never-ending evidence that his family embraces life differently and sees art all around, natural and potential. This particular picture he has used a pressure washer to etch out a map of the world in simple flaked paint and cement.

This type of free spirit has always connected with mine, a child in the wind only feeling alive in the creative moments of life.

He inspires me because he has captured the cracks in his over busy days and full life to seem like a crackpot to some but in reality, a magician, musician and life artist. The proof is not only in the pictures, charcuterie, songs and poetry but the laughter of this pied-pipers children and friends. 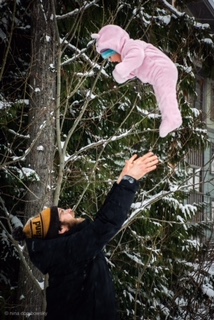 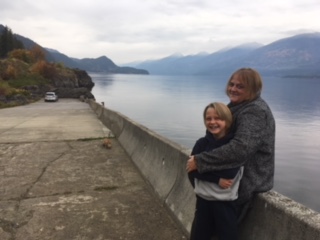