Have you ever done a good deed without realizing it at the time? I've had the blessing of being a blessing to somebody else quite a few times. One of those "divine appointments" happened on a Greyhound bus traveling from North Battleford, Saskatchewan to Edmonton, Alberta. 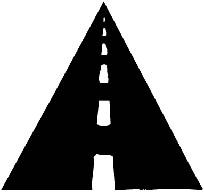 I had been visiting my sister whose husband worked in North Battleford. As I settled in my seat on that gloomy November day, a young man sat down next to me. Though I would have rather listened to my radio, we made small talk as the bus headed west.

"If you were to die tonight, where would you go?" he asked. Being a Christian myself, I recognized his question and what he had in mind in asking it.

He smiled when I told him that I was a believer. Throughout the rest of that five-hour trip, we spoke of how we came to Christ and where we attended church. We became so wrapped up in our conversation that the hours flew by. 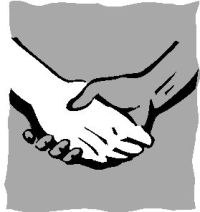 As the bus entered the outskirts of Edmonton, my new friend said, "I feel so much better now that we talked. I was in a car accident so I had to take the Greyhound back home. Talking with you really cheered me up."

I felt astonished that I helped this dear brother in Christ. People throughout my life gave me the distinct impression that I wasn't much good at doing anything. I'm sure the Lord led me and this man to sit beside each other for the very purpose of building us up spiritually.