His Wonders to Perform by Marcia Lee Laycock 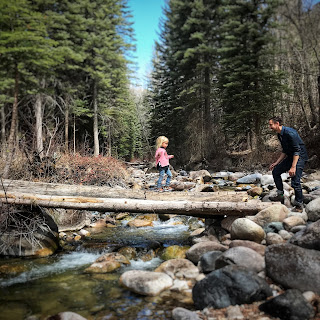 
Hebrews 10:24 – “And let us consider how we may spur one another on toward love and good deeds …”

Hebrews 10:24 has been a guiding verse for me ever since I was asked to write a faith column for our local paper thirty years ago. The pastor who had been writing the column had used the same verse but focused on “Let us Consider.” I was strongly led to change the heading to The Spur. The editor thought it was a good idea since the town was in the middle of cowboy and rodeo country.

The Spur was my first introduction to writing for a public audience. I was deeply humbled that God had opened this door, so quickly after I’d prayed for just such an opportunity. I took it quite seriously, never missing a deadline, and God blessed me abundantly over the eighteen years or so that it ran in that community. I have a stack of letters and copies of emails that people wrote to tell me how the column had touched their lives in some way. People even stopped me on the street to tell me so.

But it was not all positive. There was one woman in the community who took it upon herself to slam the content and sometimes me personally in letters to the editor. I was quite shaken the first time it happened. Maybe she was right. Who was I to be doing this? I was a relatively new believer. I had no Bible college degree, nor a life-time of experience. I began to think I should pass the column on to someone else. Until a woman in our church reminded me that Satan does not approve of God’s truth being widely broadcast. “And this shows that what you write is having an effect,” she said. “Keep going.” That was enough encouragement to make me realize God had called me to this work and I couldn’t quit.

It wasn’t long before people started asking me to put the column into book form. I resisted. I’d heard horror stories about people with boxes of unsold books in their basements. And where would I get the money to do it? But people kept asking. Then I attended an ICWF fall conference and met a man named Gus Henne who worked for an independent publisher in Ontario. He encouraged me to publish. “You have a waiting audience,” he said. “You’ll be able to sell the book at speaking engagements as well. I think you should pray and listen hard.”

So I did. My husband was also supportive and urged me to have 500 copies of Spur of the Moment published. That book is now in its third printing and is still selling.

Without the encouragement I received from God and those around me, I would never have walked across that bridge.

It has become obvious to me over the years that God works this way, His wonders to perform. He spurred me on to write the column, then the book, which spurred the readers on to “love and good deeds,” not to mention those who were drawn back to Christ or closer to Christ or into a new relationship with Christ. It makes me think of that proverbial stone tossed into a pond. The ripples go on and on. All to God’s glory.