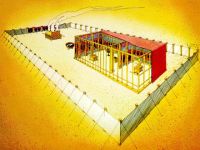 I actually had a friend once who said to her mother, "Then give them this," after she told her that there were starving people in India who would want that food. Though that mother had a point, her daughter's remark made her angry. In fact, she gave her daughter such a hard slap that it stung her cheek all the rest of that day.

We certainly can be picky about food, the Israelites especially so. Numbers 11:6 (KJV) shows how bored they became with God's provision of food. "But now our soul is dried away: there is nothing at all, beside this manna, before our eyes."

And why did God feed Israel this way? Deuteronomy 8:3 (KJV) explains why. "And he humbled thee, and suffered thee to hunger, and fed thee with manna, which thou knewest not, neither did thy fathers know; that he might make thee know that man doth not live by bread only, but by every word that proceedeth out of the mouth of the LORD doth man live." 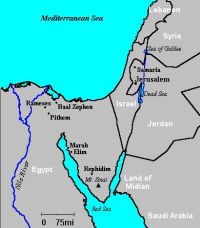 But as sweet as manna tasted, the people wanted meat. Though God gave them quail to eat, he also did that to show them their error in complaining to him about the Manna. Numbers 11:20 (KJV) says that he wouldn't give them meat for five or ten days, "But even a whole month, until it come out at your nostrils, and it be loathsome unto you: because that ye have despised the LORD which is among you, and have wept before him, saying, Why came we forth out of Egypt?"

Children are much like those Israelites. I remember the terrible food we had at Jericho Hill School for the Deaf and Blind. They fed us such child-unfriendly food as parsnips, squash, and the worst coleslaw I've ever eaten. The liver was dry and the canned peas were a disgusting shade of greenish-brown. We also tired of lumpy oatmeal porridge which we had to eat most mornings.

It's understandible how eating the same food day after week after month after year after decade can become tedious. Nevertheless, we ought never to grow tired of spiritual nourishment from the scriptures. I wrote a blog post recently about how immature Christians just want to work signs and wonders rather than delving deep into God's Word. I find that I never tire of studying the scriptures. It's my prayer that none of us will ever tire of it.