Winning and Losing by Tandy Balson 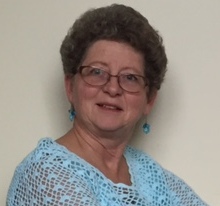 “I never thought watching a bicycle road race would be interesting,” I said to my husband.  The 136.9 km race was well underway when I sat down to watch this Olympic event.

After a steep climb two riders were clearly in the lead. When they started the descent, one pulled away.  As her lead increased the commentators said she would be hard to beat. With 10.7 km to go, Annemiek van Vleuten of the Netherlands crashed.  She went down hard and didn’t move for quite some time.  I can’t imagine how difficult it was for her competitors to ride past as medics tended to her.

Maria Abbott of the USA moved into first place.  We watched her maintain her lead until the final few kilometers.  A group of three behind slowly decreased the distance between them and passed her in the final meters before the finish line.  She gave it all she had but finished out of the medals by mere seconds.

It wasn’t the front runners who won the medals, but the ones who paced themselves. They held back slightly during the race so they’d have the energy to finish strong. They were also the ones who stayed together and shared emotional support during this grueling exercise.

I realized there was a lesson here for me.  Many times I’ve had a strong start and then faltered before I reached the finish line.  Sometimes I’ve plodded slowly up a steep learning curve. Once I have the required knowledge and am on the descent I try to make up for lost time.  As I speed to the finish line I encounter an unexpected bump and down I go. It may be a stumble that I recover from easily.  Or, it may be a spectacular crash.

The more time I spend on the ground assessing my disappointment and injured pride, the greater the chance I will admit defeat.  Instead of getting back into the race I question why I ever entered it in the first place.  In effect, I beat myself.

My objective should not be to set goals that I reach in my own strength.  I want to run with endurance the race God has set before me.  Instead of trying to speed ahead, I need to follow the pace he dictates. Sometimes that includes slowing down. Part of my preparation must be quiet time spent with God. That’s where the true training comes from.  I’ve learned he will guide me and place me with others for mutual support. Together we will advance into the writers he wants us to be. This is how I can hope to achieve the prize of bringing glory to him.

I heard a sports commentator say that in order to be winners, athletes have to believe they belong with the best.  That goes for me as well. As a child of God I am already a member of the winning team.