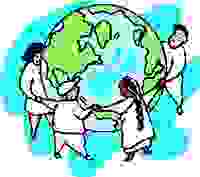 August's InScribe blog theme is one I can't relate to. This is because I have zero interest in competitive sports and those who play them. Neither do I care for games. Even so, I remember the first time I walked twenty-five miles and the exhilaration I felt while doing it.

In May of 1968, the federal government and OXFAM held an event called Miles for Millions in Vancouver, British Columbia. Having been exiled to Jericho Hill School for the Deaf and Blind, I accepted the challenge of walking that distance to support the cause of feeding the poor. Not that I was that concerned about poverty but it was a good chance to get out of that disability prison camp for a while.

We had ideal  weather on that Saturday morning. The school bus dropped us off at the armory, where the walk began and ended, at eight-thirty. We each received a map, though I had no magnifying glass to read it, and a bag of raisins to munch on. Then we started out at nine. 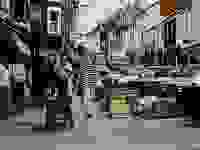 I felt jubilant as I followed the throng. For the first time in Vancouver, I wasn't being watched. That freedom seemed similar to being allowed to visit my family for the holidays. No supervisor was there, telling me I couldn't do this or I must do that, either. The day was my own.

Heat and weariness overwhelmed me in the afternoon when I was half way through the walk. As I sat on the curb to recharge my muscles, the bus drove up. "Want a ride to the dorm?" the supervisor offered. I shook my head and insisted I'd go on to the finish line. There was no way that I'd quit and go back into captivity while I still had a few hours of freedom left. 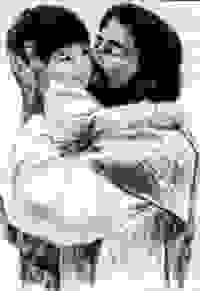 Pushing myself to the limit, I shuffled into the armory at nine that evening. I proudly presented my map with all the checkpoints validated to the walk organizers. I had made it!

Our Christian walk is much like the one I participated in. The victory isn't won by one person but by all who go the distance. But unlike the Miles for Millions walk, we will be home with the Lord and the family of Christ when it's done. Like Paul said in Acts 20:24, I eagerly await crossing heaven's finish line.