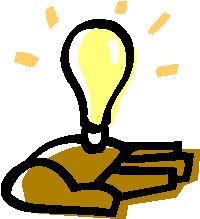 In my November 28, 2015 post, I wrote about the large print New Testament I received for Christmas  in 1970. Being able to read the Bible for myself rather than have somebody read it to me was a spiritual boon.

John MacArthur's Grace to You broadcast of December 22 resurrected a memory of something I learned twelve years ago but I hadn't associated it with Christmas before.

Revelation chapter twelve begins with an image of a woman clothed with the sun and with the moon under her feet and on her head was a crown of twelve stars. Satan, described as a great red dragon, wanted to "eat" the child as soon as he was born. From the context and the metaphorical language, we can tell that the child who was to rule the world with a rod of iron is none other than our Lord. Additionally, the entire book is, as John aptly put it, the revelation of Jesus Christ.

The birth of Christ was no ordinary event. The miracle of the virgin birth is just one facet of this pivotal event in history. It fulfilled many Old Testament prophesies and showed the heavenly Father's great love for humanity, as John 3:16 states. All the saints of old looked forward to the Messiah and we now marvel at his majesty.

Thanks to excellent Bible scholars, we learn so much more from God's Word. Satan seeks to corrupt our understanding but our Heavenly Father gives us ammunition to refute those lies. This is why discipleship is crucial for new believers.

My prayer is that God will lead young Christians to my blog where they can receive the mentoring I never had when I was young in the faith. Your prayers for my ministry, such as it is, are greatly appreciated.