Some Dance to Remember, Some dance to forget * 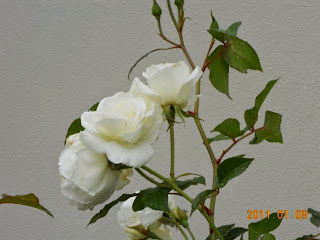 Forgetting what lies behind ....
I have struggled with that verse, and with the next part about straining to that which lies ahead.
(Philippians 3:13)

How does one let go of the past pains to prevent them from staining the future?
And how do I keep those block-buster God moments on my forehead for the next time when the dark thoughts weigh heavy? What does joyful anticipation look like?

Brothers and sisters, I do not consider myself yet to have taken hold of it. ...(NIV)
-I can clearly see that I have not quite taken hold of this either.
but one thing I do [it is my one aspiration]: forgetting what lies behind and straining forward to what lies ahead... (Amplified)
～ ～ ～～～ ～ ～～～ ～ ～～～ ～ ～～～ ～ ～～
Dominique is a young Afrikaans woman I met while working as a nurse in a drug rehab clinic in Western Australia. Her childhood tale of sexual abuse, parental neglect, self harm and addiction tore my hear in two. So much trauma had been done to her as a child, I wondered if she could ever make it.
Her and I met for our first coffee in the fall of 2009, shortly before her 34th birthday. The founder of the clinic asked if I could spend some time with her. That short walk to the local coffee shop began a most challenging and fulfilling relationship. Initially, I thought I could help her, fix her, evangelize her ... and after two years I realized that what was most important, was just to love her. She had been a project for enough people.
Bit by bit, she let out pieces of her story ... how she found her mother on the floor after an overdose ... How her uncle had taken her and her sister to a black township, where she had seen a man doused with gasoline, then lit. How she could still vividly recall her uncle in her bedroom ... her heart pounding with fear ... the footsteps of her mother coming towards the door, surely to her rescue ... only to hear the pause and the sound of those same footsteps retreat. And in that moment, the reality that she knew that she knew.
She despised her own life of addiction, and I wish I could say that Christ has miraculously healed her, but it has not happened yet. Various psychologists, therapists, Christians and psychiatrists have analyzed, scrutinized and project-size disappointed her.
So I struggle as I read Philippians 3:13 &14, about letting go of the past and pressing on to the goal of knowing the prize. How can she forget and strive for what lies ahead when there is no earthly reason to believe it will be any better than the horror that has kept her awake at night for years? And how do I encourage and love my friend who doesn't fully understand the True Prize? Often I feel that my own uncertainties make me a strange guide, and yet I know that it is because of my own questions that we connect.

Mirrors on the ceiling,
The pink champagne on ice
And she said "We are all just prisoners here, of our own device" ...
“You can check-out any time you like,
But you can never leave! " *

And I pray as I think of Dominique as she drug dances to forget.

Although people have interpreted the song in many ways apparently,

In the 2013 documentary History of the Eagles, Henley said that the song was about "a journey from innocence to experience...that's all".[2] From Wikipedia

Email ThisBlogThis!Share to TwitterShare to FacebookShare to Pinterest
Labels: Forgetting what lies behind, Phil 3:13, tension of past and future, The Eagles