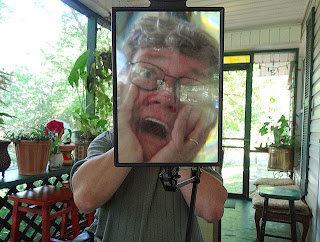 Chronic crisis takes a toll. Be it one unrelenting circumstance, or a few overlapping issues, emotions begin to reign. Turmoil feels normal.  Supports may drop away as friends and family lose sight of our ongoing struggle.

During my first experience with a lengthy crisis I existed in a state of hypervigilance for almost two years. Helpless to control my circumstance, I did little that was thoughtful or planned. I felt like a victim. This mindset only served to increase my struggle. It was not a happy time for me or those around me.

A few years after the first circumstance stabilized, the good Lord allowed me a second opportunity. Could I manage chronic crisis in a different way? This time I sought some purposeful strategies. Gradually, four daily steps emerged.

1. Make a list of what's working. (This reminded me that progress was occurring. During times of crisis, it's easy to miss that fact.)
2. List all the issues hanging over my head. (A long list!)
3. Highlight those which are in my control. (A much shorter list.)
4. Of those highlighted, identify the priorities for that day, based on:
That's it. At the end of four steps I had a plan of action for the day. One day. This day. Nothing more.

Remaining items were noted, so as not to be forgotten. They usually waited for another day, and miraculously, many dropped off the list of their own accord with no effort on my part.

Now it became a battle of the mind. Paul laid out the strategy when he said, “We demolish arguments and every pretension that sets itself up against the knowledge of God, and we take captive every thought to make it obedient to Christ.”  2 Corinthians 10:5

I began to take every  random thought captive, separate it from clinging emotions, and decide if it was worthy of attention or not. Most of the time, it wasn't.

At first, it wasn't easy. Emotions wanted control. I had to constantly remind myself that panic does not change the situation. Worry doesn't cause others to manage their part. Fretting doesn't solve a situation not yet positioned for resolution.

With practice, I've learned I can be at peace in the midst of chronic crisis. I can rest in between addressing needs. I can enjoy life while I wait for the situation to resolve or stabilize. As the Beatles once wrote, "It's getting better all the time..." 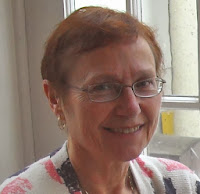 What strategies do you use to manage crisis?

In 2011 Bobbi’s mother's progression into dementia could no longer be ignored. One day Mom demanded, "Someone needs to write about this!" In response, Bobbi began to explore her mother’s journey and her own struggles as a caregiver. Her learnings are documented on her blog at www.bobbijunior.com, and in a memoir, The Reluctant Caregiver.