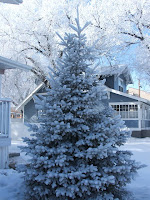 The beginning of a new year is like standing on the top of a hill. We can look back at where we’ve come from and look ahead to a new road. If we look back, what do we see?

Do we see trails that we started but never finished? Do we see broken down fences that we never repaired? Do we see a blight on the pasture land that we caused by neglect?

What does God see when he looks back on our past year? There is one thing he’s looking for. He is not looking for a paved path, a healthy growing pasture land, or plump livestock. He is looking for an attitude of the heart. When God looked back at King David’s life, he did not remember his adultery, his murderous actions, or his lies. He remembered his broken heart and his repentant spirit when Nathan the prophet confronted him.

God valued the sorrow of David’s heart more than anything else he accomplished during his 40 year reign. He did not remember his sins nor his great feats of kinghood. He remembered his tears.

God brought disaster on the house of Jeroboam because he did not follow God with all his heart like his servant David had done.

“You have not been like my servant David who kept my commands and followed me with all his heart, doing only what was right in my eyes.” God spoke this to Jeroboam in 1 Kings 14:8

"His heart was not fully devoted to the Lord his God, as the heart of David his forefather had been.” God said this of Ahijah King of Judah in 1 Kings 15:3.

It seems that as God reviews our life, he will not look at our lists of accomplishments and our good deeds. He will not check off our goals that we accomplished or the New Years resolutions that we maintained. Nor will he point a shaking finger at our lies, our gossip, our fears. He will search out an attitude of repentance. He will close his eyes and breathe in, and hope to fill his senses with an aroma of brokeness and humility.

When God looks back on New Years Day, he only looks as far as Christmas Day. He’s looking for a heart of humility like the one found in the stable. When he looks ahead, he only sees as far as Easter. He listens for the sharp retort of nails being pounded into our sin. He aches for us in the cry of release as we surrender our lives to the cross, and He longs to sing with us on resurrection Sunday.

God’s view is complete. He can recall every word we’ve spoken, and review every action our hands have done. But he chooses to see only one thing – Jesus and his humility; Jesus and his obedience, and his perfect offering on the cross. He lays aside his gavel and smiles when he sees our submission to His Son, just like he viewed David with eyes of mercy.

January affords a backward and forward view. Let's remember to see our lives through God's eyes.