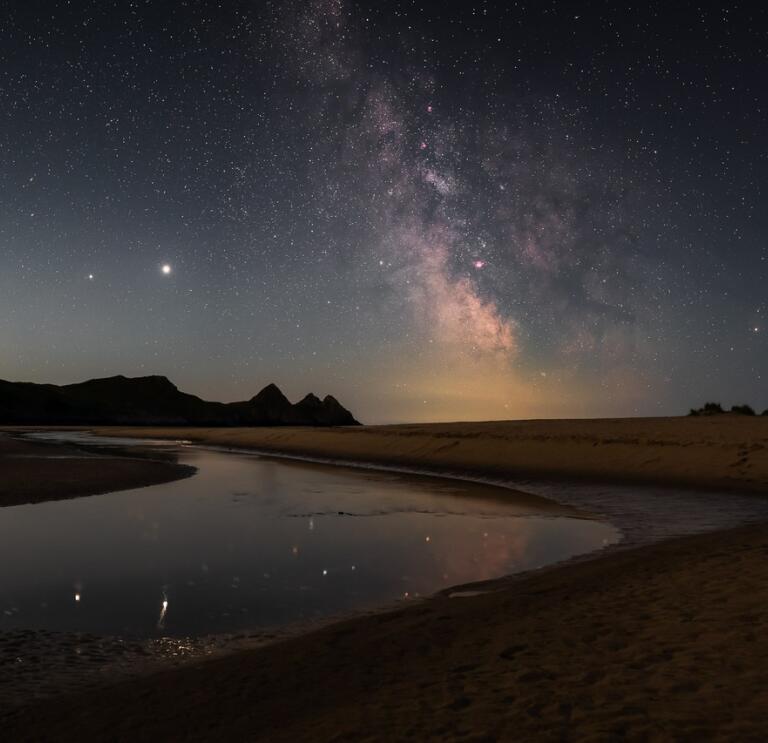 I am called Al Na’ir, the Bright One. This is my story of how Elohim, Creator of all, called me from among the stars of His universe to perform a most sacred task. Countless are we who light the night skies, though not by Elohim, who determines our number and knows each of us by name. I will never forget His voice calling me, like the sound of a rushing mighty wind.

I was formed in the Pleiades cluster, one of a group of stars with a common motion through the firmament. Each of us were made unique, differing in splendour from star to star. Our voices, if that is what the sound of stars can be called, sang together at the dawn of our creation with praises to Elohim.

A frisson of expectation had been rippling throughout the heavens for some time when I first heard Elohim’s voice. I dare not venture to know why He chose me to be a herald for the advent of His most pivotal epiphany. Pride has no place in such a holy service to my Creator.

Specific coordinates of my position in the heavens caused my luminosity to be particularly evident to astronomers throughout Babylon and Mesopotamia, during the reign of Phraates V. Influential men of those lands, known as Magi, read the night skies for portents of what was to come. They gathered knowledge from cultures far and wide, including the Jews. As my light grew, the bright glimmering recalled to their minds the foretelling in ancient manuscripts of a Jewish Messiah, an anointed king whose birth would be confirmed with the sign of a star.

“I see Him, but not now; I behold Him, but not near. A Star shall come out of Jacob; a Scepter shall rise out of Israel, and batter the brow of Moab, and destroy all the sons of tumult.” 1

Elohim stirred a desire in the hearts of certain Magi to undertake a journey to see this king for themselves. The wise men and their retinue traveled many days from east to west, across deserts and mountains. Their destination was Jerusalem, the Jewish holy city, where they inquired, “Where is the one who has been born king of the Jews? We saw his star when it rose and have come to worship him.”

So this was my calling! I, Al Na’ir, had been raised by Elohim to herald the birth of His son, the Messiah, foretold for centuries as the coming King. Could any star be given a more profound mission?

Disturbed by the Magi’s inquiries, the reigning king, Herod, discovered that the small town of Bethlehem of Judea was where this Messiah was to be born. He sought out the Magi to find out exactly when they first noticed the sign of my radiance shining in the night sky. Then he sent them to Bethlehem to search for the child and report back with his whereabouts so he could worship him also. In fact, he was plotting to destroy this perceived threat to his rule.

Nightfall revealed swaths of twinkling stars flung across the ebony sky, as beauteous as a sea of diamonds. I rose high among them, proceeding across the cosmos to guide the Magi to the objective of their search, where I stopped. Their joy at my appearance caused me to glimmer and shine all the brighter, just for them. Beneath my beams stood the house where the child resided ˗˗ Heaven’s glory now abiding in a humble village home tucked in the hills of Bethlehem ˗˗ Elohim wrapped in newborn skin ˗˗ God incarnate. As miraculous as I knew the endless expanse of the universe to be, it paled in comparison to the wonder of God becoming human.

Bowing down before the child with His mother, the Magi worshiped Him. They knew His significance, though many before and after them would deny who He was. They knew He was not just an earthly king, but One who had come to be the Savior of the world. Their costly gifts signified what God had revealed to them. Gold to honor a king, frankincense, often sprinkled on temple sacrifices, and myrrh, an unusual gift for a newborn king as it was used in embalming the dead. All were gifts testifying to the child’s royalty, His deity and His eventual sacrificial death on behalf of humanity.

My mission in that epoch of time is complete. I am most grateful to Elohim for choosing me to light the way for the Magi to find the newborn Messiah. Celestial celebrations mark His birth, yet I am sobered by the knowledge that He came to be a sacrifice for the sins of mankind. As a heavenly luminary, I am but a pinprick of light compared to the glory of the Morning Star, Jesus Christ, destined to live again as eternal Lord and King, whose light will shine forever. Praise His holy name!

More of Valerie's work can be read on her blog: