What Norma Wouldn't Give Up For Lent by Bob Jones 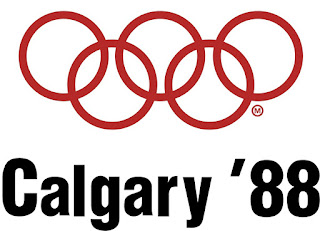 When I think of Lent, the name Norma comes to mind.

Norma was a passionate fan of the Olympics – summer and winter. In '88, television was the only media source for watching the Games. Norma glued herself to her TV everyday during Olympic coverage. She paused all of her usual activities to pursue her passion.

1988 was the year of the XV Olympic Winter Games in Calgary, Alberta. Did you watch Eddie the Eagle, the unlikely British ski jumper? I didn’t. That was the year I had a golden idea for Lent. What if everyone in our congregation gave up watching television for Lent? Forty days without TV and all for Jesus.

I wasn’t the biggest Olympic fan at the time so it never occurred to me that Lent would fall during the two weeks of the Games.  Norma was in our congregation. Can you see where this is going? 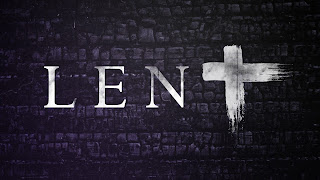 In January, I challenged our congregation to turn off the TV and tune into Jesus. What a great way for everyone to sacrifice something that was integral to their daily routine so they could get closer to Jesus. We posted a sign-up list to show who and how many were participating. That’s when I noticed Norma.

As the list of participants grew longer, Norma grew distant. The beginning of Lent neared. She started to avoid me on Sundays. The day before Ash Wednesday she phoned me. “Pastor Bob, I have a predicament.” Norma loved Jesus and was quite happy to give up anything for Lent, except the Olympics. My good intentions put Norma in a vice grip between Jesus and the Olympics. She wanted to support my idea but wouldn't be participating. I told her that was OK with me, as I was sure it was with Jesus.

Lent is about giving up something important to be reminded that Jesus is ultimately important. It’s one thing for a person to voluntarily give up something as an act of devotion. It’s quite another to feel the unintended pressure of a community to conform.

Pressure can turn passion into poison.

In 1988 Norma chose to give up chocolate and TV for Lent. She cheered on Eddie the Eagle and his fellow Olympians and when the Games were over she turned off her TV. She got closer to Jesus through it all. And she helped me become a better pastor.

What aren't you giving up for Lent? 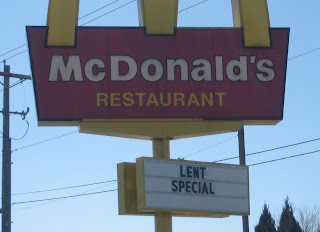 Read more from Bob at REVwords,com