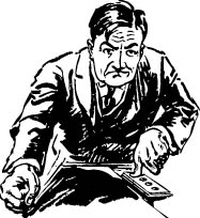 To me, Lent is my year-round practice. Being one of those who esteems every day more or less the same, I try to avoid all the things which Christ and the apostles told us to eschew. Colossians 3:8-10 (BBE) is a partial list of what we must avoid, even unintentionally. "But now it is right for you to put away all these things; wrath, passion, bad feeling, curses, unclean talk; Do not make false statements to one another; because you have put away the old man with all his doings, And have put on the new man, which has become new in knowledge after the image of his maker;"

Even so, I sometimes slip, Railing at politicians and stupid people. My computer takes the brunt of my curses as well. I'm amazed that the paint on it hasn't blistered yet.

It's a good thing therefore that our Lord and Master forgives us when we slip back into old behaviour patterns. In 1 John 1:9 (BBE), we read, "If we say openly that we have done wrong, he is upright and true to his word, giving us forgiveness of sins and making us clean from all evil." 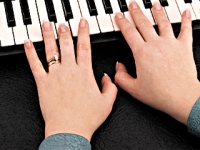 Imagine if a piano teacher tolerated no wrong notes. All the students would fail and the teacher would lose all his or her customers. Though our Lord and Master tolerates no sin, he's ready to forgive any of us who apologize and ask for his pardon.

I also want to be more caring toward people. It's hard for me since I've suffered so much verbal abuse in the past. That's why this part of what people call The Lord's Prayer greatly worries me. Matthew 6:12 (BBE) says, "And make us free of our debts, as we have made those free who are in debt to us." This "debt" is the wrongs which people do to us.

I must admit that there are some bad memories which I still struggle with. But prayer and letting the Lord deal with those miscreants and inconsiderate people who abused me has helped me let go of many bad incidents in my past. Romans 12:19 (BBE) reminds us to, "Do not give punishment for wrongs done to you, dear brothers, but give way to the wrath of God; for it is said in the holy Writings, 'Punishment is mine, I will give reward,' says the Lord."

Of course we still have our human urge to hold onto past hurts. That's like a certain English demolition expert who was called out to a farm because a woman found a stick of dynamite on top of the coal in the shed. When he picked up the stick, one end felt softer than the other. Then he heard a large dog barking from inside the house. He stood there, stunned that he was actually holding onto something the dog left behind. That stick is what our past hurts are like.

May we all let go of the messes of our past and let our heavenly Father deal with those who wounded us.