Silent Night is probably my favourite Christmas Carol of all time. Although I also gravitate toward carols in a minor key such as What Child Is This,  or O Come O Come Emmanuel, there is something about the reverence and simplicity of Silent Night that still appeals to me even with all the newer, more modern songs to choose from. 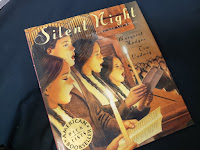 Perhaps one of the reasons I love this song so much is the story behind it. I have heard it told in different ways, but my favourite rendition is from an illustrated children's book that goes like this. Sometime around Christmas in 1818 in the Austrian village of Oberndorf, the unthinkable happened. The church organ gave up the ghost! The minister wrote this simple song to be accompanied by guitar so that they would still have music for the Christmas Eve service. 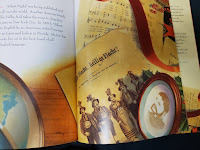 The song grew in popularity until it has become one of the most beloved Christmas Carols of all time, having been translated into many languages the world over. There are stories of it being sung across no-man's land during WW1, in Russian prison camps, and even during the Korean War. It so beautifully and simply depicts the nativity along with the miracle of Jesus birth that it is no wonder it is such a favourite. 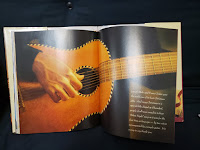 I think I also have a soft spot for this carol because it reminds me of my own childhood. My father was from German heritage and when I was young we used to listen to a German child star named Heintje. We had several records, but my favourite was his Christmas album, and of course his rendition of Stille Nacht. (Click to hear  Heintje singing Stille Nacht )

Although my dad did not speak German to us so I did not really learn a second language (one of the things that irks me to this day!) he did teach us the words to this song. My daughters and I have often sung it together (in German, of course) in multi-part harmony, either for Christmas Eve services or other occasions. Even if we don't get the opportunity to sing for others, it has become a tradition that we at least sing it for ourselves.

I love Silent Night in English or in German. It is one of those songs that brings up warm memories for me and strikes a sentimental chord no matter which version I hear.

____________________
Tracy Krauss writes from her home in northern BC and is currently serving as InScribe's president. Visit her website tracykrauss.com for more.