A Matter of Discipleship -- Bruce Atchison 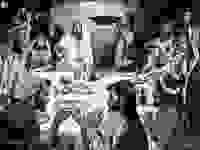 Easter is over for another year and our thoughts now turn to celebrating Mother's Day. But this doesn't mean that we should ignore what happened between Christ's Resurrection and his ascension.

A careful study of the scriptures shows that our Lord was busy during those forty days. We have the resurrection sighting reports, first from the women at the tomb and later by the disciples.

Of special significance to us is that Jesus explained to two disciples on the road to Ammaus regarding how the Old Testament foretold all that befell him. Many believers, including myself, missed the fact that those ancient scriptures spoke of him.

Here's another misapprehension we believers tend to have. Poor Thomas has been maligned for millennia as being a doubter. I feel that Christ's resurrection seemed too good to be true to him. After all, death is final and nobody in history up to that point had raised himself or herself from the grave as Christ did. All other instances of people returning from the dead were acts of God and they perished later.

Furthermore, Jesus had a lot of teaching to do during his post-resurrection time on earth. All through his earthly ministry, these twelve slow learners had fixed in their minds the notion of a temporal kingdom where they'd be ruling over an independent and sovereign Israel. Christ had to pound into their thick skulls that his kingdom was, and still is, a spiritual kingdom. And until he returns in flaming fire, taking vengeance on those who know not God and obey not the gospel, it will stay a spiritual kingdom. 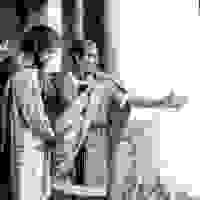 And what of the story of how Christ gave Peter three opportunities to say that he loved him? The dear man felt shattered because he had denied knowing Jesus three times. From his decision to go back to fishing, he apparently thought he was  inadequate to proclaim the kingdom of heaven. Jesus granted him restoration and brought him back into fellowship with him. Our Lord could have chastised peter and his friends for disobeying his command to spread the gospel throughout the world but he magnanimously pardoned them all.

Fortunately for future disciples, including us, Christ's apostles obeyed his command to wait at Jerusalem until the Holy Spirit came on them. During that time, they devoted themselves to prayer. We don't have transcripts of those petitions but I'm sure they asked for the Lord's will to be done in and through them.

Discipleship is thee crucial counsel I lacked when I gave my life to Christ in 1969. It's why I wrote my How I Was Razed memoir. Newborn believers need the mentoring by older saints so they won't go astray. Since I had no one to guide me, I ended up in an aberrant house church. My memoir shows how God providentially led me to the truth about himself and his true character.