YOUR DICTIONARY CAN BE A SOURCE OF STORY IDEAS - Bruce Atchison 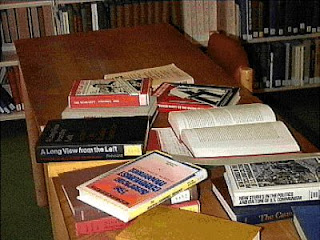 To most people, a dictionary is just a book for providing proper spellings and definitions. For those who have creative imaginations, dictionaries can also be the source of interesting word associations. How can that be? Let me show you.

As I pondered the phrase "above reproach", I wondered what was above "reproach" in the dictionary. I grabbed my Webster's New World Portable Large Print Dictionary and saw that "reprisal" was directly above it on the page.

It seems to me that an interesting story could be developed from that juxtaposition. Could a character repay somebody's wicked deed in a way that would be above reproach? Or are all reprisals reproachable?

Further searches found that the "godless" are above the "godly". That's certainly how it seems in our world today.

Here's another humorous juxtaposition. "."Water buffalo is under "water". Somebody better rescue that poor animal before it drowns.

I  also discovered that "zest" is below "zero". No wonder skiing and other winter sports are so popular.

A "Break-in" is after "breakfast". Somebody better tell the police that. It would help them greatly to know when the crooks will commit their crimes.

In addition to this type of fun, you can look at the headings at the top of adjacent pages and come up with interesting or humorous writing prompts. In my dictionary, I found "plutocrat" and "poker" as headings. It's easy to in visage how a few rich and powerful characters could gamble with a business venture to oppose other rich and powerful players.

My favourite heading combination is "morbid" "mother-in-law". A wide range of stories could be inspired by that combination of headings. The mother-in-law could be living with a married couple and continually warns them about risks to their lives. Or she might live alone but be calling her son or daughter with dire predictions.

I also composed an electronic music tune and called it "Discursive Disparity" after the heading words on one dictionary page. Sadly, nobody has remarked about what a clever title it is to me.

If you ever find yourself in a creative dry spell, try exploring your dictionary. Inspiration might strike when you least expect it.