'Twas the Day Before Christmas by Steph Beth Nickel 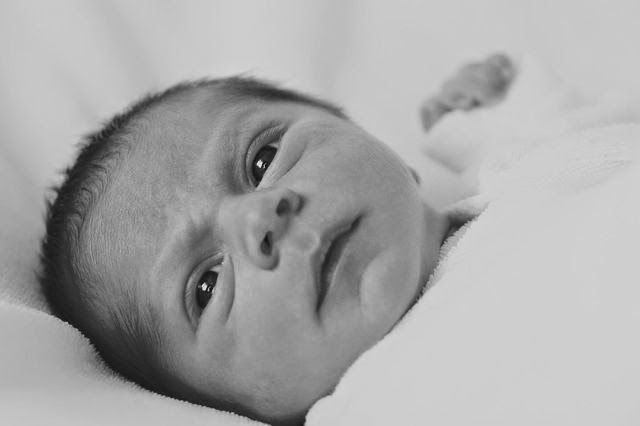 ’Twas the day before Christmas and all through the land,
The people were traveling; some hand in hand,
No stockings were hung, no chimneys in sight,
Just walking—keep walking—until it is night.

Some people were nestled all snug in their beds,
While others had nowhere to lay down their heads,
And Mary was slowly plodding along,
Not knowing the angels were prepping a song.

Then up ahead, they saw the bright lights,
The small town of Bethlehem came into sight,
“Ah, now at last, a place we can rest,”
“Perhaps they have room at the inn for a guest.”

But, no, the inn’s full; the owner is sad,
He knows Mary’s tired; he feels really bad,
But he offers a stable and freshly strewn hay,
“I hope it’s enough” is all he could say.

The smiles on their faces touched the man’s heart,
Surely he wanted to do a small part
To make the babe welcome whose coming was near,
The baby whose coming would drive away fear.

Now Mary and Joseph, their Sweet Baby Boy
Whose coming would bring oh so much joy,
A tiny young fam’ly on top of the world,
Their joy and excitement around them was curled.

And out in the pasture, where shepherds kept sheep,
Talking and working, not falling asleep,
A strange thing did happen; they trembled in fear,
A voice from the heavens boomed very near.

It was an angel sent from above,
To speak of God’s glory, to speak of His love,
To send them to town, away from their lambs,
“Leave behind ewes and leave behind rams.”

“For something most wondrous has happened this night,”
“Go now to Bethlehem; do what is right,”
“The Promise of Ages has come now to you,”
“The Saviour, Messiah, is born; it is true.”

“He’s dressed not in splendour or a king’s royal cloth,”
“He’s just wrapped in swaddling, and that is enough,”
“But go now and worship your Lamb and your King,”
“And as you will journey, all heaven will sing.”

Their eyes how they twinkled and glistened with tears,
For the One that they spoke of was promised for years,
And now they would see Him and give Him their praise,
This surely would prove the most joyous of days.

Their staffs they would carry, gripped firm in their hand,
The best gift of all had come to their land,
They went then to see Him, just shepherds no less,
They saw the new Saviour; they were so blessed.

Maybe chubby and plump, snuggled in hay,
Wonder of wonders, what a great day!
The shepherds were awestruck, the babe’s family too,
The Promise of Heaven had that night come true.

He spoke not a word but went straight to their hearts,
His work lay before Him; this was the start,
He’d come down from heaven, left angels behind,
Entrusted to shepherds, this message we find.

They sprang from their knees, went out from that place,
Sharing the news of God’s goodness and grace,
We hear them exclaim still to this day,
“The Saviour has come; now walk in the Way.”