(As this is a longer post I’ve split it to keep within guidelines. If you wish to read the entire piece there is a link at the bottom of the post.)

I am at the Peace Memorial Museum in Hiroshima, it is Passion week, Easter has closed in.

I am in front of an exhibit. Behind glass upon a circular stand is what looks to be scraps of cracked wax. Below I read about the mother who saved the melted skin of her nine year old son, the skin to show the father, a soldier, who is away still fighting, not knowing everything is lost. The mother, shielded from the original blast will soon die of "A-bomb disease." 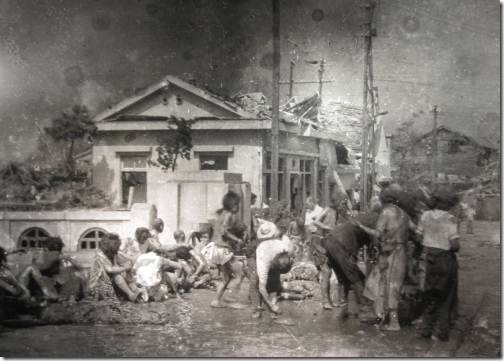 I see a photograph, a boy standing, arms held out as if feeling his way, sheets of skin hanging off muscle like Spanish moss.

I read of a woman on a street car who watches people on the street. She sees small fires start at the tips of fingers, then she sees the fires spread and cover bodies.

I read about a girl who was making 1000 paper cranes which will grant her wish to live. She dies of leukemia ten years after the bomb. She made 644 paper cranes.

How do you place Hiroshima within Easter? Easter within Hiroshima? With what perspective do you frame 140,000 crucifixions? Is it not reasonable here to see Easter as a joke?

On behalf of the Allies, President Truman thanked God that this "awful (atomic) power has come to us and not to the enemy." Hiroshima was still burning, Nagasaki to come, when he prayed that God, "may guide us to use it in His ways and for His purpose."

I am looking at a tricycle. Another exhibit. It has slumped from the heat that arrived immediately after detonation. I'm in deep here, hanging on to Easter in the middle of Hiroshima. 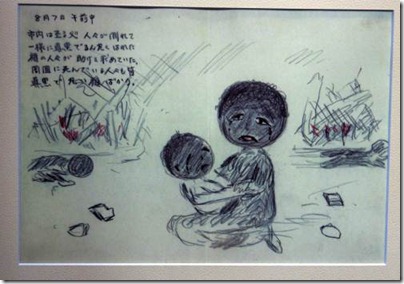 All my received Sunday answers fail, all the ones I repeated to my children: Easter: the settling of a payment for sins—a human/divine sacrifice required by a righteous God—us just off-stage knowing everything turns out all right at the end. Easter: the right to eternal life for believing the right thing—a new fraternity reserved for those who believe in the one way—the knowledge that after death heaven awaits the steadfast and upright, while in the mean time, we are given a pass to go on playing by the code of lesser evils, the miserable dictates of death, the rules of reprisal and sacrificial violence.

What is Hiroshima except a barely imaginable spectacle of the game of death? With us thanking God that it fell to us to be able to play deadlier than our enemy. The grizzly victory gained, in the name of God.

But what is Easter except Jesus voluntarily stepping into the toxicity of all our deadly ways of securing our lives? And what is the resurrection but an end to the game of death? 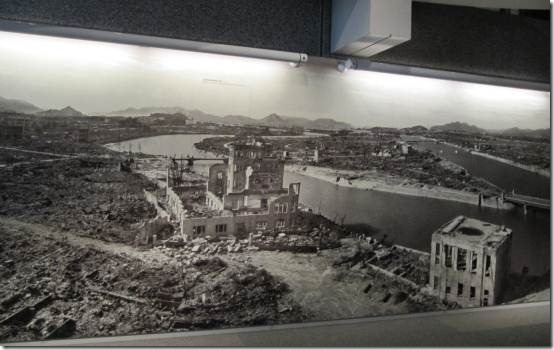 Go here to read the rest of the post.