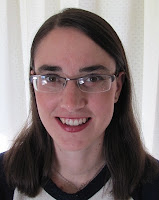 Every year when Remembrance Day approaches, I think of my great-uncle and tell myself that this year, I will get around to asking him for his story. He was the only one of six brothers who fought in World War II, serving somewhere in Italy—but that’s about all I know of the story. It is not something I’ve heard him speak about often, though I’m not sure if that’s a cultural or a personal reticence.


I’ve seen a plaque on his wall—put together by his artistic granddaughter, I think—that shows off some of his papers, medals, and memorabilia from the war. At one time, he handwrote four pages of notes for my younger brother, who was working on a project for his English class. My brother lost those notes. They were only the story in a nutshell, but they would have been a great starting place.

My great-uncle is ninety-nine this year, I believe, and still sharp as a spike. I saw him this summer, when I dropped in on my grandparents while he was there playing cards. He had no problem remembering me, though it had been a few years since I had seen him last, and I think he was walking himself back to his room at the lodge when he left.

Because of his age, I realize that time is running out if I want to tell his story. He and my grandpa are the only ones left of the six brothers. At the same time, a shyness holds me back. Despite the fact that he lives in the same town as my grandparents, I see my great-uncle only every few years. It’s hard to sit down with someone you don’t really know—even if they are family—or maybe especially if they are family—and say, “Hey, tell me about the time you fought in the war.”

Maybe this Christmas—with the skills I’ve learned in interviewing in Writing 100, some ideas from the other profile pieces we’ve studied, and a newfound confidence in my own writing abilities—I’ll find a time to sit down and chat with him, to ask him the questions that I’ve been wondering, to record his story not only for myself but for my daughters and his grandchildren and great-grandchildren.

Who do you remember at this time of year? Whose story do you wish to tell? And what holds you back from remembering or telling?