Give Your Prose More Punch with Active Words - Bruce Atchison 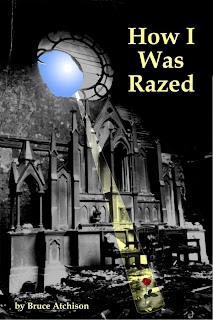 One way to add confidence to your writing is by eliminating weak sentences. I've been doing this with my upcoming memoir, How I Was Razed and the technique has dramatically strengthened it.

You can easily change most weak sentences by searching for key word with your word processors "Replace Word" function. For example, type "was" into your search box, without the quotes, and it will take you to every sentence containing that word. If you find a sentence such as, "I was driven to church by Jay," you can rephrase it to read, "Jay drove me to church." That makes it sound more sure of itself. You can leave sentences such as, "I was there last night," alone because it's an emphatic statement.

Verbs such as, "went," "get," "left," "entered," and "moved" don't describe the action in your prose accurately. Those words leave readers wondering how somebody travelled somewhere, how a character obtained something, or how somebody departed. Another vague word is "walked." Did the character saunter, shuffle trudge, stroll, or stride? These words that describe walking speeds and attitudes add much more meaning to the sentences. You can use the same technique with "ran." People jog, dash, sprint, or pelt, depending on the situation.

Words such as "stuff" or "thing" are not only ambiguous but they sound amateurish. Telling the reader what the stuff is or what the things are helps explain their significance to the story. For example, is the stuff furniture or odd-shaped metallic objects from a bachelor's junk drawer? Naming things, or the type of things, also helps add clarity to the story. For example, are the things washing up on the beach human bodies or chunks of driftwood?

I've found that "feel" and "felt" are words that don't describe the full extent of my meaning. They could refer to somebody's opinion or sense of touch. Similarly, "felt" is used by people today to express desire. For example, "I felt like staying home this morning." Using the search function on that over-used word helps me find the sentences it appears in and correct those instances where those words make the meaning vague.

Unfortunately, I've used the word "unfortunately" too many times in my writing. From now on, I will explain why whatever I'm referring to was unfortunate. The same rule works for "regrettably," a word I regrettably use too often.

Yet another verb I've had trouble with is "rose." To say that somebody rose when that person stood gives the reader a mental impression of somebody ascending like a helium balloon.

I hope that these tips will be of help in your writing. If you're curious about what I've written, please click here. I list my two books and my writing history on that page.