On New Years Day, I mourned the loss of a special friend, a fellow writer and confidant. She was part of my local writers group. A very fun part as the rest of us watched her flirting spars with another member. For years, he was the lone male of the group and Margareta loved to hackle him. I loved Margareta’s stories. Non-fiction accounts of a time before I was born that painted a picture of the community where I now live. I learned so much from her, about writing and life.

I hadn’t finished saying goodbye to Margareta when the next tragedy struck. My cousin suffered with Crohns for years. The pain became too much and he took his life. He lived alone in the wilderness somewhere in the vicinity of Haines Junction, Yukon. Oh the pictures he took! Amazing photos of the Northern Lights and the wildlife around him. He shared them on Facebook and on his artist page. Every day, I would look at Facebook and search for Stephen’s latest post. He filled the world with encouragement. (If you want to view more of his amazing photos, you can go to: http://stephen-dyck.pixels.com/index.html)
And before we laid Stephen to rest, another good friend went home. Doug Heid was someone I  enjoyed talking to because he had a wisdom about him. He was a leader in my church and another warrior fighting the fight with the gifts God gave him. 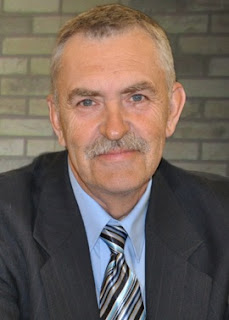 Today, I reflect on what I lost, what the people who knew these special individuals lost, what the world lost. Both Stephen and Margareta were encouragers and artists. Doug was an elder looking after those around him. I cannot tell you how many people have mentioned how they’ll miss the contribution these three made to their lives through their stories, photos and love for the Lord.

I’m not one to make resolutions but as I mourn, I see how important it is to use the gifts God gives us. Some days, I feel writing is a waste of time. But when I think about Margareta, Stephen and Doug, I see how these people changed the world around them with their gifts because they used them. How can I not follow their example?