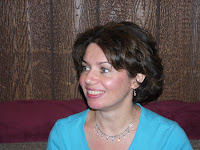 Is it really mine?

I stood back and admired my sign again, for the third time this morning. My left hand still embraced the lock on the carved iron door. Though I’d been open for six months my hands still shook everyday as I opened my restaurant.

Especially this morning. I noticed him again. He had driven by yesterday too, I was sure.

The little bags of cinnamon and saffron dropped and spilled on my shoes in puffs of orange and yellow. I felt, more than saw him as I brushed the spice with my mail back into the bags. He approached on the steps behind me as I hurried to clean up the first of my daily disasters.

What was that scent? Not the exotic aroma of saffron. Fear. My tongue stuck to the roof of my mouth.

“Can I help you?” I asked. My face flamed as bright as the cinnamon on my hands and under my nails.

I can help you right back to your fancy car. Men with name tags and briefcases make me nervous. I don’t need another messy rehab.

“Oh. Hi.” I left the rest of the spice and stood. Maybe I do want to get into a mess. With this guy. His thick dark hair had been finger combed to messy perfection, complementing his five-after-nine in the morning facial shadow. A quick vertical inspection and I was already singed by the heat. Mmmm. I could get cozy here.

After all, Saskatchewan winters are made for the wood stove. And this guy was putting out. Something told me though, that I shouldn’t be staring at his chiseled jaw. I focused on his chest instead.

“Come in.” My upper lip stuck to my teeth. I pried it off with my tongue. Quit being so nervous. Just runway material breathing on me. And now he thinks I’m Forest Gump’s sister.

My bright orange and red Moroccan rug greeted us as we stepped in. I flicked on the lighting. Wrought iron lanterns came to life above and on the wall sconces.

My morning routine of inhaling deeply and enjoying the ambience was dampened with the guy behind me. Instead of running my hand over the iron backed chairs and along the flowered mosaic tiles over the fireplace, I marched in rhythm to the clicking he was orchestrating. I looked around, and hoped for at least a smile but I saw a silver pen instead, and this thumb giving the clicking orders.

Maybe my lemon meringue pie would appease Mr. Silver Pen. Or perhaps a glass of bubbly mint tea. Nah, he didn’t look the type. He looked French. And I could do French. I do have chocolate filled pastry, I thought, as I meandered through a Moroccan salon, set with a knee high mosaic table and iron day beds.

Freddie, focus. I’m stable. I’m past the depression. I will keep my job this time.

I stopped and re-arranged a group of silk embroidered pillows. Somebody had left them all in a row on a day-bed. I tossed the pillows until they resembled a windswept pile of autumn leaves. One fell on the floor. Perfect.

This is my café. And I’m going to hang on to it. I’ll never go back again.

Mr. Savoir Faire slapped his briefcase on the counter beside my till.

Now my legs were shaking too, in rhythm to his pen.

What does this three piece suit want?

I stepped into my tiny kitchen and stood behind the till. He had blue eyes. And they were round and soft. But his voice betrayed them.

“Coffee?” I asked. I knew what he’d say. ‘Chai Tea Latte.’ Of course he’d want real tea, not syrup for this Da Vinci. And skip the whipped cream. Cinnamon maybe.

I thought I detected a smile but it faded when he pulled a business card from his jacket. I grabbed the till, determined not to sign a contract for overpriced laundry service. What’s that phrase Marsha has been trying to teach me? NO. That’s it. No, I’m not interested. But I was interested. I was. In his eyes. There was something hiding behind them. He needed me.

I glanced at his business card lying on top of his briefcase. “Health Inspector”.

I stepped back. If only it was a chai latte he’d wanted. I’d even talk laundry service. A cold chill crawled up the back of my neck. I pictured the kitchen behind me. I had bleached the countertops and sinks last night. Breathe. I had changed the filter on the drinking water. But the cooler? Could rigamortisis grow at 40 degrees? I had enough dead cilantro in there to feed a herd of camels.

He pointed his chin, that perfectly sculpted chin, at the door to the cooler. I could get distracted. Wish he could. No, Mr. Professional was fixated on my cooler door.

Just when I’d thought he couldn’t complete an entire sentence, he said, “I’d like to see the thermometer from your cooler.”

The hair on my arms lay back down. Ahhhhh. No need to worry about the ufo’s, those unidentified fuzzy objects, growing on the carrots. I'll just pluck the thermometer from the back wall and bring it out. But of course I opened my mouth and discovered a new meaning to the word stupid. “I’ll take you right in.”