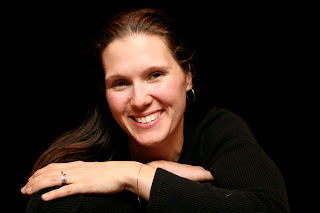 A funny thing happened on my way to adulthood. I was followed. My children were apparently eyeing me all the way. That delightful old adage - do as I say, not as I do - got tossed out the window. And no matter what I said, my children become more of what I did.
I spent most of the day yesterday helping my daughter pack for her impending move. With a 6 month old baby and a busy little two and a half year old, Amanda has to work double time to get her kit and kaboodle packed and ready for relocation. So I was happy to help. She's a bit stubborn like her momma' so I had to convince her to let me help and that she didn't need to do this all by herself.
I get a big kick out of how alike we are. She is very independent but she has a lot of my traits. Some not so good. Yesterday it was confirmed that I have created a junior packrat. She is just like 'yours truly' for stashing and saving. I totally sympathized with some of the 'but I might need this later' comments from my darling daughter. Our similarities are obvious in many areas.
There were moments, yesterday, when I knew she wanted me to tell her to toss out something but then we would both think of good reasons for keeping said object. Take the wine bottles from the many weddings that she had collected. Afterall, they had the nice label and the photo of the happy couple. I remember the same dilemma when I moved. I was so glad when I ended up purging my own collection of photograph-adorned wine bottles. So I shared this with her.
Finally we made a decision. She would only toss the empty photograph-adorned bottles. The full ones she would keep. We felt bad tossing the happy couples into the recycling box. But we moved on. And so the day continued. Decision after decision. Packing is not an easy task for packrats.
On the whole, we actually did well sorting and discerning between need and want. However, I must say that our packing session likely took a little longer than perhaps might be considered the norm. There were so many decisions to make.
Later, I again thought about how important a job motherhood is. As I watch my big little girl interact with her own little ones, I see me. She speaks with my grandchildren in the same manner I spoke to her. She disciplines the same way I disciplined her. We have the same sense of humour.
I left her house with a smile on my face and three bags of 'stuff' I might use (no wine bottles). Then I thought of a poem I wrote a while back for Amanda's birthday card.
Sometimes I watch you.
I watch the way you look at your children, my grandchildren.
I watch and wonder where the years have gone and how it is that you are now a mother.
Then I see the dependent, adoring way your children look at you.
I remember when you used to look at me like that.
But time marches on
You, my once desperately, dependent daughter have become a fiercely independent woman.
Did I teach you that?
We had our moments of conflict.
We faced joys and challenges together.
We overcame grief and sadness.We triumphed.
I love spending time with you.
I appreciate when you ask me for advice.
It makes me feel valued and worthy.
Our relationship is special.
We are more than mother and daughter.
We have become friends.
(God has blessed me beyond measure!)