The Slaughter of My Innocence - Bruce Atchison 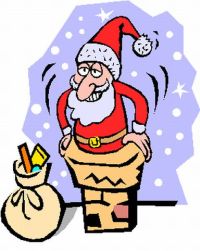 As people who value the truth, why do we lie to our children? Why can't Santa Clause be just a pretend person rather than saying he's real? We tell our kids, "Don't tell fibs," and then we bald-faced lie about mythical beings such as Santa, leprechauns, the Tooth Fairy, and the Easter Bunny.

It might not matter to most youngsters when they hear that Santa was just Mom and Dad but it did matter to me. I totally bought the story of Santa going around the world giving gifts to good boys and girls. As far as I was concerned, I should have received a ton of presents like I did the previous Christmas.

Imagine my consternation when all I received on Christmas Eve was a puny mouth organ. Wasn't I good enough to receive more than that little toy? 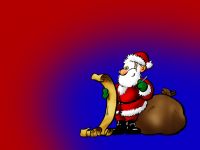 Worse yet, Mom confessed to me that she had bought the instrument with what little money she had. I couldn't understand why she and Dad had misled me about Santa. My faith in my parents was so shaken that I said that I hated Mom as I bawled.

This makes me wonder how many other children reacted to the revelation of Santa only being their parents. Nobody likes being tricked so why do that to one's children?

I love the idea of making Santa's visit  into a game rather than saying he's real and kids won't get presents if they're bad. Children love playing imaginary games. This also preserves their faith in their parents and, by extension, God.

The apostle Paul admonishes us in Ephesians 6:4 (KJV) about angering trusting youngsters. "And, ye fathers, provoke not your children to wrath: but bring them up in the nurture and admonition of the Lord." For this reason, I can't understand how deliberately lying to youngsters will accomplish trust in God.