The Mark of Magi 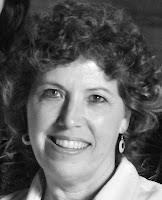 “Go to the village ahead of you, and at once you will find a donkey tied there, with her colt by her. Untie them and bring them to me. If anyone says anything to you, tell him that the Lord needs them, and he will send them right away.
Matthew 1:1-3


Magi’s chocolate-brown eyes opened wide. The baa’s and the moo’s and the cock-a-doodle-do’s were music to his long ears.


He took a deep breath and stepped out of his familiar pen.


"Be careful,” his mother warned.


“Be polite,” she instructed.


“Do you want to play with me?” Magi asked. They looked at Magi.

“No, we do not want to play with you. Your ears are funny and we can baa-rely stop laughing at you,” giggled the lambs. “Why does the master call you Magi? Magi means king. You are not a king. One day our wool will be spun into fine clothing. You are not like us. Go away and don’t come baaa-ck anymore.”
Magi turned away. He still wanted to find a playmate. The cow pen was just around the corner.

He pressed his nose against the rickety wooden door. It slowly creaked open.

“Do you want to play with me?” Magi asked the brown and white calf.


“No,” the calf laughed. “That strange stripe on your back is ugly. You are not like me. When I get older my rich milk will be served to royalty. Now mooo-ve away from my gate,” said the calf. “I am not in the mooo-d to play with a useless donkey like you.”


Magi’s big ears drooped. His barn world was not as he expected.
Magi walked to the back of the barn. He heard a wonderful sound.


“Oh, Aw-EE, Aw-EE, excuse me,” Magi said staring at the fine, young rooster on the rafter. “Do you want to play with me?” asked Magi


“Humph! No, I do not want to play with you,” squawked the rooster. “You are just a useless donkey with an odd voice. You are not like me. I am beautiful. I am special. When I get old enough I will be the reason the master wakes up in the morning. Go away. I have to practice.”

A tear dripped down Magi’s soft fur. His barn world was not a happy place after all.
Magi went back to his pen. He was surprised to see the master standing beside his mother.

“Hurry, Magi,” she whispered “we are leaving.”


Magi followed his mother and the master through the barn. It did not bother the other animals to see Magi leave the barn.
“We won’t miss his ears,” said the lambs.


“I won’t miss his ugly brown stripe,” said the calf.


“I won’t miss the awful noise he makes,” said the rooster.
Magi thought how he might miss the barn. It was his home. Magi followed his mother and the master. He thought about his big, long ears, the ugly brown stripe on his back and the funny sound his voice made. He was sad and wondered why he could not give fancy wool or rich milk or make beautiful sounds like the other creatures.


“No wonder they don’t like me,” he sniffed. “I am not special.”
They reached a dark, quiet building on the other side of town. The master took the lead rope and tied Magi’s mother to a big metal ring on the door. The master reached out and gently stroked Magi. Magi felt warm inside for a minute but, as he watched the master walk away, he sighed.


A group of men soon approached the two donkeys.


“Ahh…these must be the animals of which the Teacher speaks,” said one.


Magi hid behind his mother. What were these men talking about? Who was…the Teacher?

Magi’s mother willingly went with the men who untied her rope.


“Come along, Magi,” she said. “The time has come.” Magi did not know what she meant but he could tell she was not afraid. So he followed her.


Back at the barn, the sheep had stopped playing. The calf was looking out the window and the rooster was not practicing. They heard strange sounds coming from the village. The voices got louder and nearer.


A blast of air filled the barn as the door burst open. The master ran in, laughing and dancing. The rooster ruffled his feathers and flew up to the rafters. The lambs stuck their heads in the golden straw. The calf hid behind the rickety, wooden door.

“He has come! Jesus has come as they said He would, and He rides upon the back of my very own little donkey! Blessed is He who comes in the name of the Lord!” the master shouted. He grabbed his cloak from a wooden peg and disappeared into the crowd.


Hours later, the excitement died down in the village. The barn was quiet. The rooster was still perched on the rafter. The calf was still in his pen and the lambs hid in the golden straw.

Crunch…crunch…The footsteps got closer and closer. The door creaked open. The master led Magi and his mother through the door. Magi pranced in. His ears stood straight up. His fur glistened and shimmered in the sunlight.


The master untied the rope and gently stroked the stripe on Magi’s back. Then he smiled at Magi’s mother. Just before the master left he quietly bowed, as if before a king.


The sheep and the calf looked at Magi’s back. They had not noticed the other stripes on Magi’s shoulders. It looked like a cross.


"What could it mean?” worried one of the lambs.


“Did you see the master bow to Magi?” said the calf. “It must mean that Magi - is a king after all.”
Magi looked at his mother and smiled. Then he looked at the animals.

“No, I am not a king.” Magi turned to the animals.