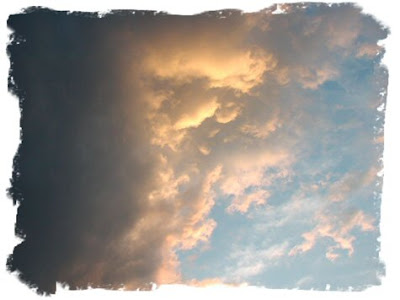 The vile taste in her mouth made her nauseated but she didn't have the strength to move, to get a drink, to go to the bathroom. She couldn't even recall where the bathroom was. Where was she? Why do the voices torture her so?
"I can't! I can't!" she cried as the pressure for her to continue played havoc with her mind. Perspiration covered her face like drizzle. Her hair was matted and unkempt. But the girl's outward appearance was the least of her worries.
"Five-thousand, six hundred and seventy five, five thousand, six hundred and seventy six, five thousand six hundred and seventy seven..."
"No more! Stop...please."
The girl's frantic voice sounded threadbare and weak.
"One, two, three, four, five, six, seven...all good children go to heaven. When they die, put them in a pie. One, two, three, four, five, six, seven!"
"Stop!"
Stillness. Black.
As the girl lay motionless, a wet cloth placed on her forehead took on the appearance of a veil. A shroud. Enveloping. Shielding. Preparing. A grave cloth?
"Count! Death child. Count!"
Like a timid fawn the girl tucked in her limbs and feigned sleep. As the girl drifted into oblivion, the voices started again.
"Awaken and hearken to my instruction!" The demon voice bellowed. "Heed not to sleep wretch!"
"Five-thousand, six hundred and seventy eight, five thousand, six hundred and seventy nine, five thousand six hundred and eighty..."
Like a beating wind, the dreaded voices came faster and urged the girl to count more; longer; louder; higher. The girl could not keep track. She did not know where to begin. She had no sense that her counting would...could ever end. Her voice faltered. Her mind - obfuscated.
"Take me, Jesus. Grace, mercy. Take me," the girl uttered. She no longer wanted to fight. She would give up to the merciless voices and succumb to their incessant battering. They would win.
Then, barely an audible whisper, she heard it. The Voice. It was different. Balm for the soul. Divine balm.
"Count with me my precious child..." came the sweet, loving words.
She reached up her tired arm in the direction of the tender voice. "Where do I begin?" she asked as she opened her eyes and felt a peace like she had not experienced for a very long time.
Start at the beginning - Alpha. Fullness of life. Journey with Me. It is finished - Omega.
The girl's fever had broken. 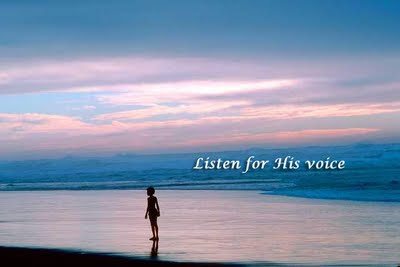