The Road to Emmaus - Tracy Krauss

The story of the two travellers on the road to Emmaus found in Luke 24 has special significance for me. Several years ago I was asked to speak at a women's retreat at a beautiful place called Camp Sagitawa, The key passage for the weekend was this very scripture from Luke. 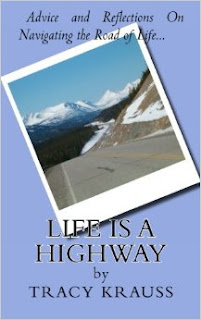 Never one to waste good material, I reused the things I had shared in a series of blog posts. Then I got the idea to revamp the entire presentation into a devotional book - my first non-fiction publication. The result was a little book called LIFE IS A HIGHWAY: Advice and Reflections on Navigating the Road of Life. It contains detailed scripture analysis, anecdotal stories, and questions for reflection at the end of each chapter.

About a year later, I was asked to contribute to another devotional book featuring several Canadian authors. I was honoured to be among Murray Pura, Tony Hilling, and InScribe's own Ruth L. Snyder, Marcia Laycock, and Janice Dick. My contributions were shortened devotionals from the original book above. Although out of print on most platforms, Uplifting Devotionals III is still available as a paperback through Amazon on a limited basis.

Below is one of the devotionals from that book:

God With Us Everyday

Luke 24: 13 – 15: And behold, two of them were going that very day to a village named Emmaus, which was about seven miles from Jerusalem. And they were conversing with each other about all these things which had taken place. And it came about that while they were conversing and discussing, Jesus Himself approached and began travelling with them.

God meets with us in the everyday, ordinary experiences of our lives. Often we don’t even recognize that we’ve had a ‘God moment’ until much later. Sure he can meet us during the ‘big events’ too, but more often than not, He wants to meet with us during our day-to-day life. In the passage above, two men were on a road trip, travelling from Jerusalem to Emmaus, which was about seven miles. At first that doesn’t sound very far, but remember, they were on foot. While they walked, they were talking about the latest ‘news’, namely Jesus’ crucifixion.
I want you to think for a moment about times in your life when God met with you in simple, everyday ways. We tend to over look these moments, but I believe that God can speak to us profoundly through our everyday experiences. I’ve moved more times than I have digits and I’ve lived in some very remote places. Each time, God was faithful in providing just the right housing, just the right job, at the just the right time. I’ve experienced times of poverty and I’ve also had times of plenty. From flat tires on deserted dirt highways, to getting stranded on the tundra in the middle of polar beat season, I’ve had a few adventures, too. God brought me through each one of these but He’s also been there during the mundane and ordinary. Allow God to speak to you each day through the highs and the lows.

Excerpted from LIFE IS A HIGHWAY – Advice and Reflections On Navigating the Road of Life. Copyright Tracy Krauss 2013. 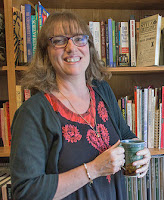 Tracy Krauss is the current Vice President of InScribe and writes from her home in northern BC. Website: http://tracykrauss.com