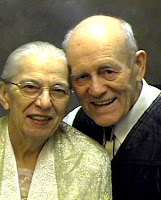 Every year spins by faster than the one before and every year I get slower. In the year we have just begun I pray for the strength to be able to complete the writing projects God has impressed on my heart to do. Right now I’m collecting devotionals I have written over the years to reserve for the benefit of those that come after. I’m sharing one of these, based on the story of Jesus calming the storm recorded in Mark 4:35-41.

Slowly the sun sank behind the Galilean hills. The lingering rays of sunlight painted the sky in vivid blends of reds and pinks that reflected in the tranquil waters of the lake below. Since early morning crowds had flocked to the seashore to see and hear Jesus. So overwhelming was the pressure that Jesus had taken refuge in a fishing vessel. From the bow he had continued to teach as the mob pressed close to the water’s edge. Now as darkness descended He needed rest. Wearily He turned to His disciples. “Let us cross over to the other side,” He said. As the boat slipped away from its mooring, Jesus retreated to the stern and was soon asleep.

As is common in the Galilean valley, the weather changed abruptly. Mountains flanking both sides of this deep gorge form a tunnel through which the winds can sweep with a velocity of up to two hundred miles an hour, creating a hurricane that frightened even these experienced fishermen and rugged, outdoors men. Acquainted with the tempestuous waters, they gave up all hope of reaching their destination. In the midst of their peril they did not react well to the seeming indifference of their Leader. “Master, don’t You care that we are sinking?” they asked as they woke Him from deep sleep.

Jesus arose and with arms outstretched, spoke to the angry elements. “Peace be still,” That was all He said. Instantly the wind subsided and the waves dropped into a tranquil sea. The disciples knew that even when the wind ceases, the water will continue to churn and rage for hours. They were amazed that with a few words their Master had performed a double miracle and they trembled with fear at this display of power.

Had they not recently acknowledged Him as the Christ, the Son of the Living God? Had Jesus not told them that they were going to the other side?
This was the first time He showed them that He was also Lord of the Elements and cannot be thwarted in His purpose.

In this world of unfulfilled dreams, broken plans, and tangled lives, this same perplexing question plagues many minds: God, don’t You care?” How often on life’s sea, when the actual tragedy is over, the consequences of that painful experience continue. The wind of disaster has ceased to blow, but the waves of emotional, mental, and physical turmoil rage on. The beatings, verbal abuse, or whatever caused the storm, may be over, but the victim may continue to struggle with the effects.

Jesus was the Only One who could still both the wind and waves on the Sea of Galilee, and He is the Only One who can speak peace in the recesses of the hearts of His suffering children. He can calm the anxieties crowding the mind. He can ease the tensions gnawing at the soul and sapping our strength. Not strained relationships, financial setbacks, health problems, or anything else, can sink the ship of our lives if we put our trust in the Lord of our lives. Looming clouds may sometimes be the very means through which God can work His miracles to reveal His love and compassion for us. We can rest in His assurance “that all things work together for good to those who love God (Romans 8:28 nkjv). He has promised to take us safely to the other side and He always keeps His promise.